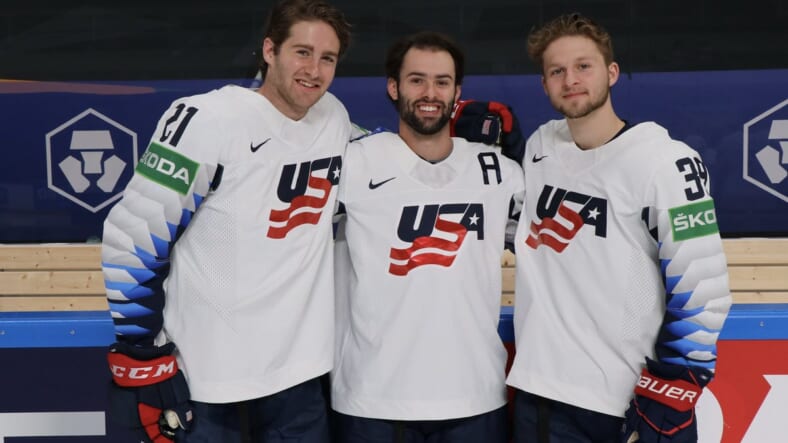 New York Rangers Collin Blackwell and Zac Jones put on an impressive show at the IIHF World Championship on Thursday morning leading Team USA to a 6-1 win over Slovakia.

Team USA is headed to the medal rounds in the IIHF World Championships in part because of the efforts of New York Rangers Colin Blackwell and defenseman Zac Jones.

Blackwell scored two goals this morning which included the game-winning goal for Team USA. His goal at the time gave the USA a 2-0 lead.

Not to be outshined by Blackwell, teammate Zac Jones had a great game against the Slovakian team. Â The defenseman finished the game with an assist, a plus 4 rating, and lead the team with 22:44 minutes of ice time.

Jones earned his assist when USA’s Conor Garland scored to give the team a 3-0 first-period lead.

Team USA will play its semi-final game on June 5. Its opponent is yet to be determined.