Rangers’ Alexis Lafreniere may play for team Canada at WJC 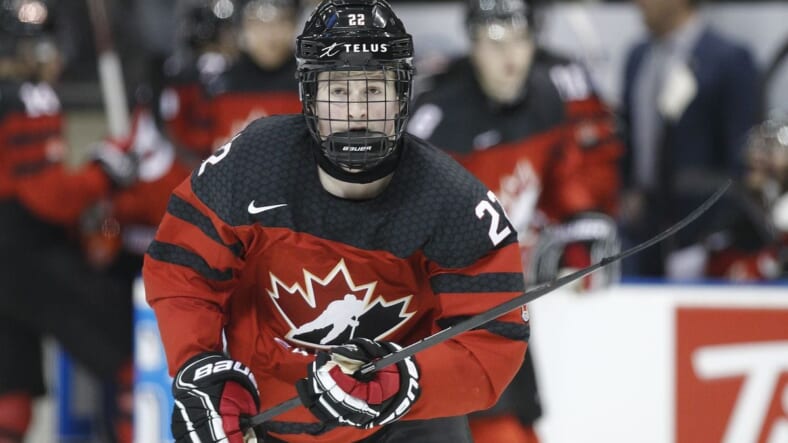 In a report written by Mike G. Morreale of NHL.com on Thursday, Lafreniere is still eligible to participate in the World Junior Championships. The 2021 WJC, will be held Dec. 25 to Jan. 5, 2021 entirely at Rogers Place in Edmonton, Alberta.

Tom Renney, a former head coach of the Rangers and the Hockey Canada chief executive officerÂ said he has spoken with Jeff Gorton about the opportunity of having Lafreniere play with them for the tournament.

“With respect to the Rangers, [general manager] Jeff Gorton and I had a good chat. It gave Jeff the opportunity to understand our timetable of what might be coming up with respect to this camp, for example, and well beyond that.”

Lafreniere was the number one overall selection in this year’s NHL Draft. The 19 year -old will be attending Rangers training camp, but with the start of the 2020-2021 season undetermined, the Blueshirts may want to get the rookie some ice time. It is believed that if the NHL season should begin earlier than the completion of the WJC tournament he would return to the Rangers to prepare for the start of the season.

“[Gorton] was certainly open-minded to the idea but hoping that his player would have the opportunity to join the NHL team in New York, as of now actually, to begin skating with the club,” Renney said. “I’ve indicated to him that I would circle back within about 10 days to see how things are sitting and what things look like for [Lafreniere] joining this camp and beyond.”

The WJC would be held in a bubble similar to what the NHL conducted for the Stanley Cup Playoffs this year in both Toronto and Edmonton. Should Lafreniere skip the invitation camp, he would still be allowed into the Edmonton bubble and after quarantining for four days be ready for the first of two exhibition games prior to their first game of the tournament.