Rangers’ Alexandar Georgiev pays homage to the King and the Warrior 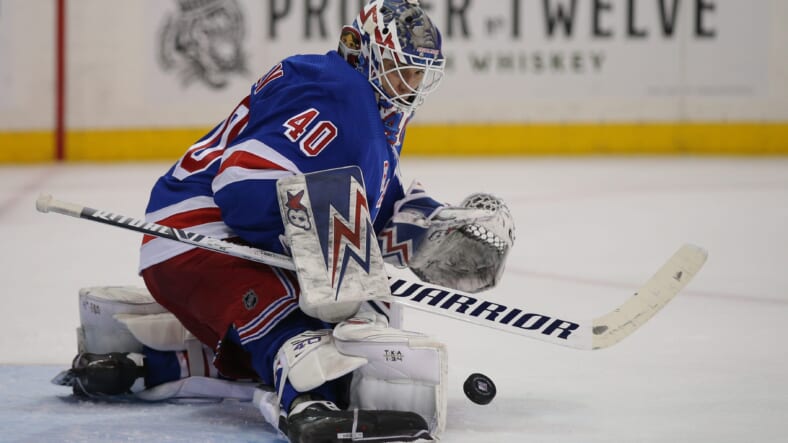 Staal was traded to Detroit last week and Lundqvist was bought out by the club on Wednesday.

In his comments via his Instagram account, Georgiev said of the Lundqvist, Â “What an absolute honor it has been being Hank’s goalie partner! Seeing that drive and competitiveness every day pushes everyone to be better. ”

With regards to Staal, Georgiev wrote, “Staalsy was a Warrior for us doing everything to help the team win!”

The pictures he chooses to post included one of him and Lundqvist in their home blue jersey’s, another of when they battled against one another when Georgiev paid for Team Russia and Hank for Team Sweden. Â The third was a phot of Georgiev and Staal embracing after a win.

The Rangers backup last season appeared in 34 games last season winning 17 games. He is a restricted free agent with arbitration rights. Â There have been no reports of negotiations at this point, but the sides should start some sought of communication once the free agency period begins on Oct. 8.