Rangers’ Alex Lafreniere knows he must leave struggles behind: ‘I have to be better’ 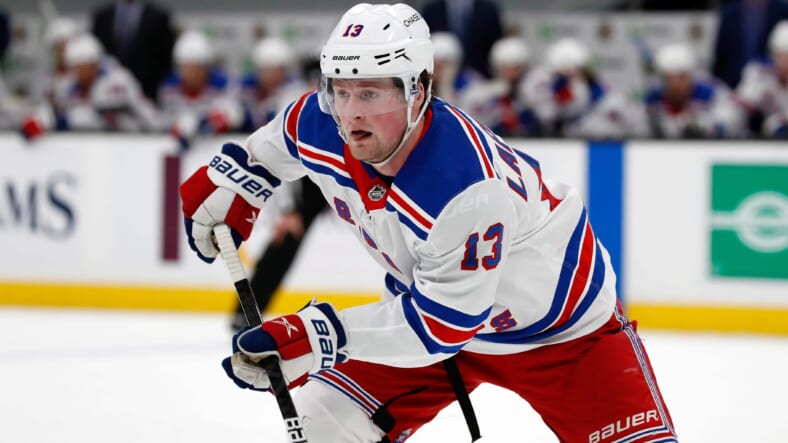 As a generational prospect, Alexis Lafreniere of the New York Rangers knows he must perform better in the coming games. Last season, during his first campaign at the NHL level, Alexis played in 56 games, scoring 12 goals and recording nine assists. He enjoyed 13:53 minutes of ice time on average but has seen a significant uptick this year to 15:42.

However, in the team’s most recent defeat to the Calgary Flames, head coach Gerard Gallant singled out the youngster for his poor performance: “I want more from Laffy.”

â€œFor sure, I have to be better,â€ Lafreniere said. â€œIt was a physical game, tough game and you have to be able to win your battles one-on-one, so no, it wasnâ€™t good enough for me and weâ€™ll try and fix some things and get back to it Friday night [at home against the Blue Jackets].

â€œIn general, I think I played some good games on the first road trip, but I have to do the same things every game and be more consistent. I know exactly what I have to do better. You know when you play a bad game. Iâ€™ll be better on Friday.â€

At 20-years-old, Lafreniere is still gaining his footing in the NHL against more physical and aggressive players. The team still expects him to become one of their star players, but it will take time. Out of the Rangers’ 12 listed forwards, Lafreniere played in the sixth most minutes, indicating he has a significant role.