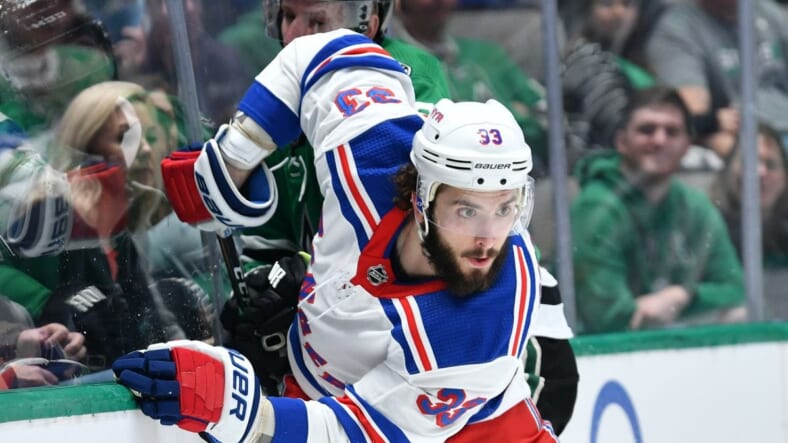 The New York Rangers announced on Tuesday afternoon that they have agreed to terms with forward Philip Di Giuseppe.

Di Giuseppe, 27, split this past season between the Rangers and the Hartford Wolf Pack of the American Hockey League (AHL). He recorded four points (one goal, three assists) in 20 NHL games with the Rangers in 2019-20, and the Blueshirts posted a 12-7-1 record in the 20 games which he played during the season.

He played well with the Rangers last season mainly as part of the fourth line under head coach David Quinn.

The Toronto, Ontario native was originally selected by Carolina in the second round, 38th overall, of the 2012 NHL Entry Draft. Di Giuseppe was signed by the Rangers as a free agent on July 18, 2019.