Rangers agree to terms with Adam Fox on 7-year extension 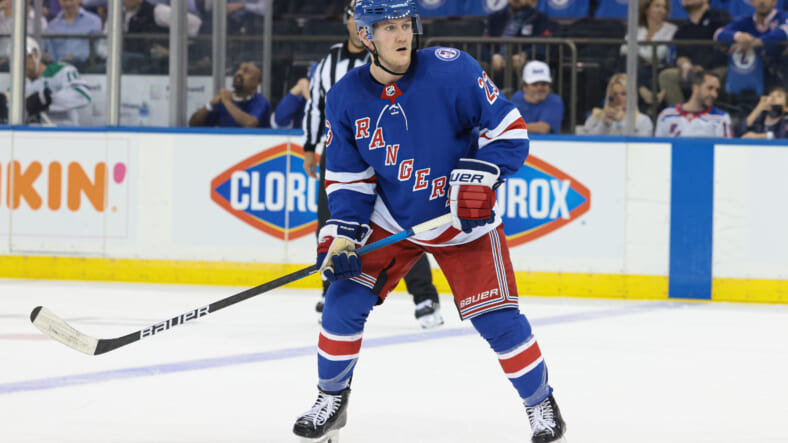 New York Rangers President and General Manager Chris Drury announced today that the team has agreed to terms with Adam Fox on a seven-year contract extension.

The New York Rangers have agreed to terms with Norris trophy winner Adam Fox. The team announced on Monday afternoon that the club has signed the 23-year-old to a seven-year extension.

Larry Brooks of the New York Post is reporting the deal has an AAV of $9.5 million.

â€œWe are thrilled that we have agreed to terms with Adam on a contract extension and that he will continue to play for the team he grew up cheering for,â€ General Manager Chris Drury said. â€œIn just over two seasons, Adam has consistently shown why he is a cornerstone for our organization and one of the best players in the NHL. It has been a privilege for us, and our fans, to watch Adam showcase his ability on a nightly basis, and we are glad to have that opportunity for seven more years.â€

Since entering the NHL in 2019-20, Fox is the only defenseman in the league who has tallied at least 90 points and has posted a plus-45 rating or better; only three other NHL players have registered 90 or more points and a plus-45 rating or better over the span (Artemi Panarin, Patrice Bergeron, and Brad Marchand). Fox has skated in nine games with the Rangers thus far in 2021-22, recording two goals and seven assists for nine points, along with a plus-five rating and two penalty minutes. He is tied for second among NHL defensemen in points and is tied for fourth among NHL defensemen in assists this season. In addition, he is the only NHL player averaging at least 17:00 of even-strength ice time, 4:00 of power-play ice time, and 2:00 of shorthanded ice time per game thus far in 2021-22. Foxâ€™s 11 takeaways thus far this season are tied for the fourth-most in the NHL.

Fox currently leads the Rangers in scoring with nine points, two goals with seven assists, and has one game-winning goal in nine games this season.

The Jericho, New York native was acquired by the Rangers from Carolina on April 30, 2019. Fox was originally selected by Calgary in the third round, 66th overall, of the 2016 NHL Entry Draft.