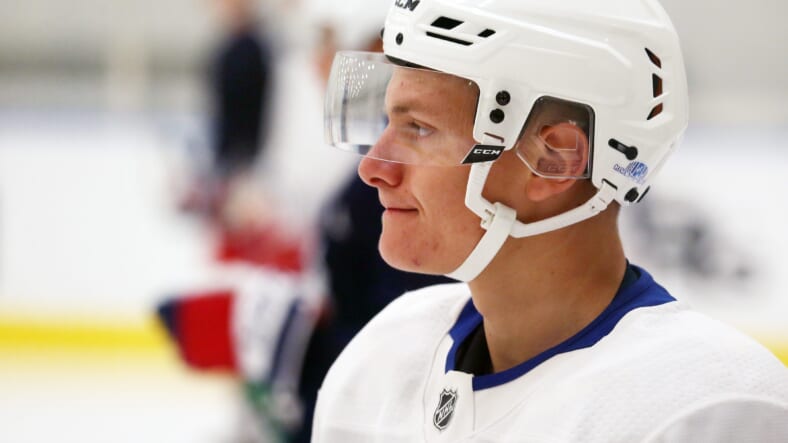 The New York Rangers have agreed to terms with 17-year-old Adam Sykora on a three-year contract.  The Blueshirts selected Sykora the second round, 63rd overall, of the 2022 NHL Entry Draft.

The Piestany, Slovakia native has had a busy three weeks. Prior to the NHL Draft, Sykora was Sykora was selected first overall by the Medicine Hat Tigers of the Western Hockey League (WHL) in the CHL’s Import Draft on July 1.

played the majority of his 2021-22 season professionally with HK Nitra in the Slovak Extraliga, recording 10 goals and seven assists for 17 points in 46 games. He also skated in 19 playoff games, notching two goals and three assists for five points.

Internationally, Sykora has skated for Slovakia in several tournaments, including the 2021-22 World Championships where he notched three points (2G-1A) in six games. Sykora also earned a silver medal in the Hlinka Gretzky Cup in 2021-22.

Sykora has been participating in the Rangers development camp this week. He scored his first goal of the camp earlier on Friday. The Rangers came to him after the scrimmages and told him the good news, one that he had no idea was coming.

“Best day ever” he said when he spoke with the media.

He is expected to be invited to training camp in September.