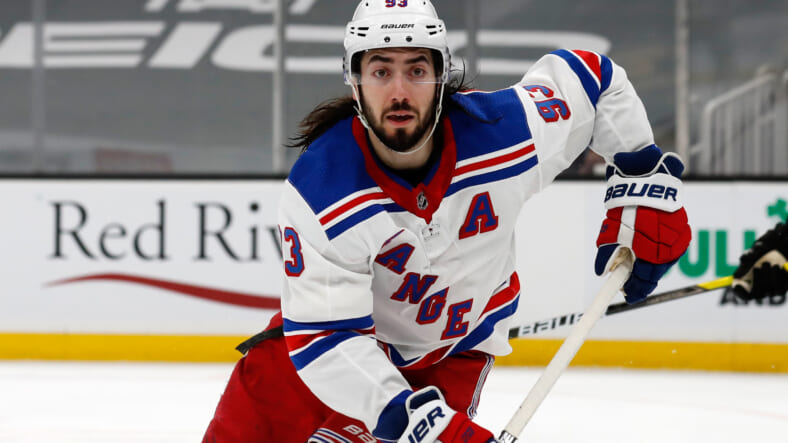 New York Rangers announced on Sunday morning that the club has agreed to terms with center Mike Zibanejad on an eight-year contract extension.

General manager and president Chris Drury made the announcement New York Rangers fans have been waiting for, the club has agreed to term on an eight-year extension with Mika Zibanejad.

â€œSince joining the team in 2016, Mika has emerged as one of the premier players in the NHL,â€ Drury said via an NYR press release. â€œIn addition to being a great player on the ice, Mika is an exemplary person off of the ice. We are fortunate to have him as part of our Rangers organization and are excited that he will continue his career in New York.â€

Larry Brooks of the New York Post is reporting that the AAV is in the $8.85million range.

Zibanejad was acquired by the Rangers from Ottawa on July 18, 2016. He was originally selected by the Senators in the first round, sixth overall, of the 2011 NHL Entry Draft.

This most likely means the team is out of the Jack Eichel sweepstakes. The Rangers have been the team mentioned in most trade rumors s the Buffalo Sabres are looking to move their former captain. The AAV Zibanejad will be reportingly making would make it impossible for the Blueshirts to carry the $10 mollion AAV that Eichel’s contract currently has.

The Ranger’s next big announcement is due in the coming days who will be their next captain. Â The contract extension will now put Zibanelad’s name in the mix along with Chris Kreider and Jacob Trouba.