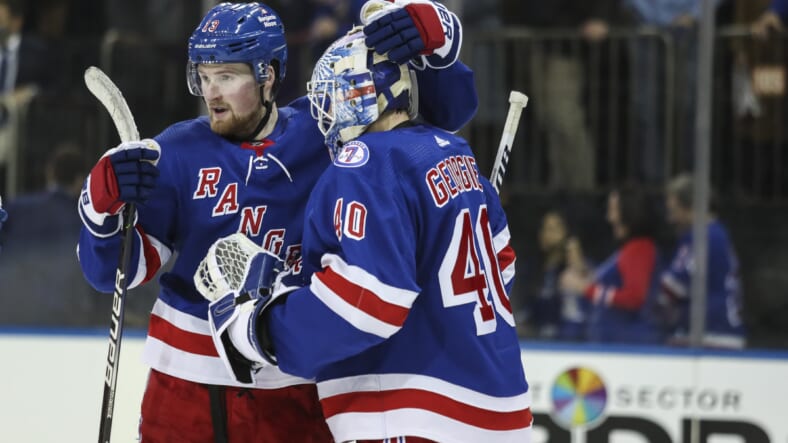 On the tails of a comeback victory in front of a raucous Madison Square Garden crowd on Saturday night, the New York Rangers play the second game of a home and home series against the Chicago Blackhawks.

The Rangers are looking to continue their recent winning ways, having won 6 straight, and 10 of their last 11. With 10 of those victories being won by one goal. The Rangers have figured out how to keep a late lead after struggling with it earlier in the season. Their 6-game win streak is the longest streak for the Rangers since a 6-game stretch in 2017.

– Adam Fox is expected to be in the lineup tonight after he took a maintenance day yesterday and didnâ€™t practice. He has a six-game assist streak going in which he has notched eight assists.

– Artemi Panarin is looking to become the 49th player in NHL history to score 500 points in 457 games or less. This feat is even more impressive, considering Panarin was never even drafted.

– Alexander Georgiev is in net again tonight for the Rangers after an impressive showing against the Blackhawks on Saturday night.

– Marc-Andre Fleury is making his 900th NHL appearance tonight. The reigning Vezina Trophy winner is currently sitting at 499 career wins. His next win will give him 500 victories, joining an elite group of just two other goalies to achieve at least 500 victories. Martin Brodeur and Patrick Roy.