New York Rangers Shutout in Disappointing Loss to the Islanders 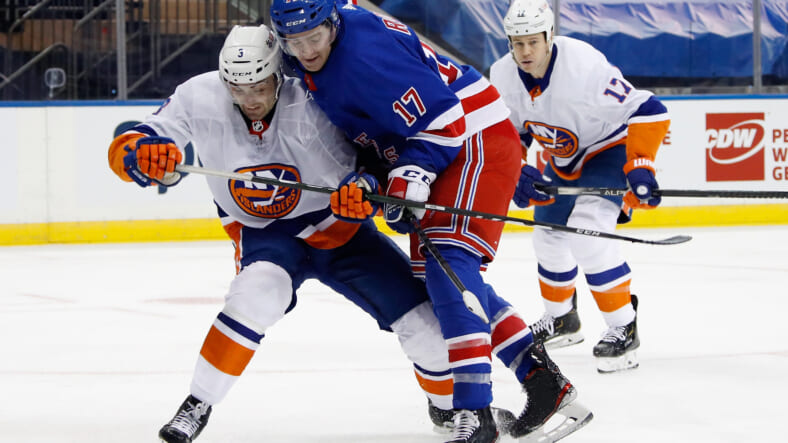 The New York Ranger’s path to the playoffs just ran into a dead end. Semyon Varlamov stopped 25 shots as the New York Islanders shut out the Rangers by the score of 4-0.

With Boston’s win tonight, the Rangers are now six points behind the Bruins. The Rangers have five games remaining and Boston has six, including two against each other.

In a last-ditch effort to get back into the game, the Rangers pulled Igor Shesterkin for a 6-on-4 advantage with about 7 minutes left and trailing 3-0. However, Mathew Barzal came out of the penalty box, picked up a loose puck, and scored into an empty net with 5:34 left.

Shesterkin finished with 23 saves, falling to 0-4-1 in five starts against the Islanders.

The New York Rangers loss to the Islanders was “demoralizing”

Adam Fox described how bad the loss was for the Rangers in his post-game Zoom conference. “Any loss at this part of the season is going to be demoralizing. We still have some games left and it’s a tough situation we put ourselves in but we are going to keep playing hard and try to get some wins.”

Head coach David Quinn echoed Fox’s statements in his post-game conference. “It’s just disappointing overall. When that team gets a lead they are really tough. I just didn’t love the feel after they scored their first goal. The way they played, it made a long night for us. There wasn’t much to like about our game in any capacity.”