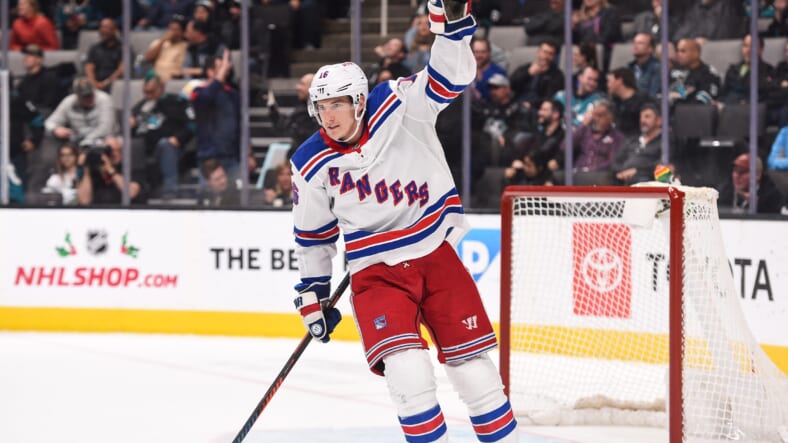 Even though the New York Rangers initially offered Ryan Strome less, the team decided to avoid arbitration and settle with the center on a two-year contract with an average annual value of $4.5 million. The move leaves the Rangers with approximately $3,891,867 of space remaining for a roster that currently has 11 forwards, seven defensemen, and two goaltenders.

The biggest question in dealing with Strome was whether this was a true indication of his talent or whether his true stat line was inflated by playing with Artemi Panarin. The 27-year-old broke out in a big way in 2019-20, passing the 50-point mark for the first time since 2014-15.

Prior to the agreement, Strome filed for $5.7 million, with the Rangers countering at $3.6 million. On Thursday, the two sides agreed to the $4.5 million which signifies that the Blueshirts are more than happy to keep the center with Panarin, something that was very important to the regular-season success last season. Part of this can be contributed to a very shallow free-agent pool at center, especially for a team that does not have a ton of salary-cap space.

The Rangers also knew that the pairing of Strome and Panarin was very productive, as the two compiled a .6575 goal-rate (48 goals for, 25 against) in 700:48 of five-on-five play. Numbers that the Rangers brass was apparently impressed enough to not risk letting Strome walk away and try to reproduce with a center that costs less money. This also signifies that they believe that Filip Chytyl is not quite ready to be a top-6 forward.

Strome posted 18 goals and a career-high 59 points in 70 games this past season. He added two assists in three games during the playoffs following the postponement of the season due to COVID-19.

Selected fifth overall by the New York Islanders in the 2011 NHL Draft, Strome was traded to the Rangers early in the 2018-19 season from the Edmonton Oilers in exchange for Ryan Spooner, a move that is looking like one of Jeff Gorton’s best moves during his tenure in New York.