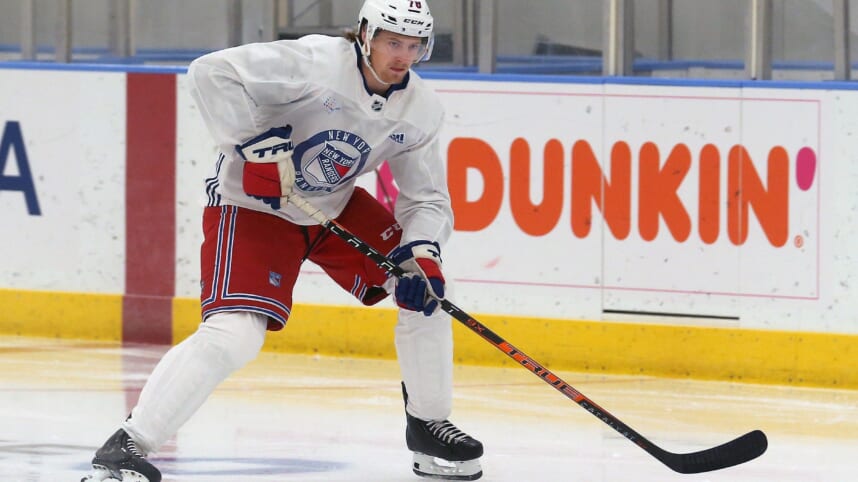 The New York Rangers will begin rookie training camp on Wednesday with two games slated against Philadelphia this weekend.

New York Rangers President and General Manager Chris Drury announced today that the team will hold its 2022-23 Rookie Camp from Wednesday, September 14 to Tuesday, September 20, which includes two games against the Philadelphia Flyers at PPL Center in Allentown, Pennsylvania.

Rookie camp will have 13 forwards, seven defenseman, and three goaltenders. The roster includes three picks from this year’s draft, Adam Sykora, Maxim Barbashev, and Bryce McConnell-Barker, along with Dylan Garand, Brennan Othmann, and Will Cuylle who are coming off a gold medal win in the World Championships last month.

The Rangers rookie schedule concludes next Tuesday, the day before the team’s training camp begins on Wednesday, September 21.

Note: Nils Lundkvist is not eligible to be on the rookie roster as he played 25 games last season.

**Zac Jones has played in 22 career NHL games for the Blueshirts and is still eligible to play on the rookie squad.  He has recorded nine points (all assists).