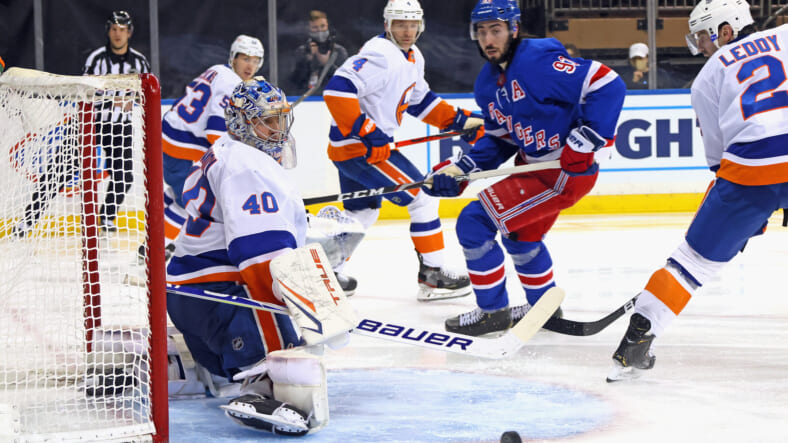 The New York have their first preseason game tonight as they host the New York Islanders at Madison Square Garden.

The New York Rangers will play their first of six preseason contests tonight as they host the New York Islanders at Madison Square Garden.

The Rangers will go with a lineup that will be a mixture of kids and veterans with head coach Gerard Gallant giving the younger players an opportunity to play.

At practice this morning, Fox, Zibanejad, Kreider, Laf, and Hunt appeared to be the PP1 unit. Â Goodrow, Chytil, Kravtsov line were working together on the PP2 uni with Lundkvist at the point and Gauthier at the net front.

The Ranger’s next game will be Tuesday night against the Boston Bruins at MSG.