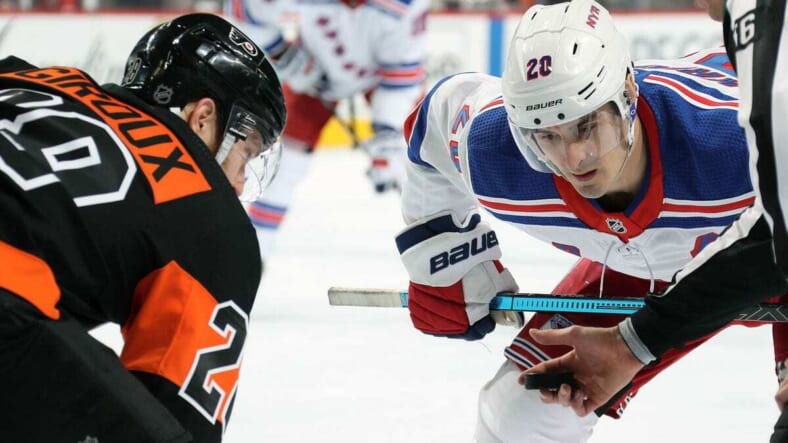 The New York Rangers are preparing for a two-game series against the Philadelphia Flyers which kicks off Thursday night at Madison Square Garden.

The Rangers will send Igor Shesterkin back in goal following the team’s 6-1 loss to the Islanders on Tuesday night. The rookie netminder has played three career games against the Flyers, 1-2-0, 3.06 GAA .925 SV%. Shesterkin has stopped 76 of 81 shots in his last two appearances against the Flyers (.938 SV%).

The Rangers will be without the services of defenseman Jacob Trouba who is listed as day-to-day after he left the game on Tuesday.

The injury opens the door for recently signed defenseman Zac Jones, who won the NCAA Frozen Four Championship playing for UMASS last month. He has been practicing with the team and is ready to help any way he can.

“If I get that chance, I’m going to make the most of it,”

Since Mar. 17, several Rangers are among the NHL’s leaders in various categories: