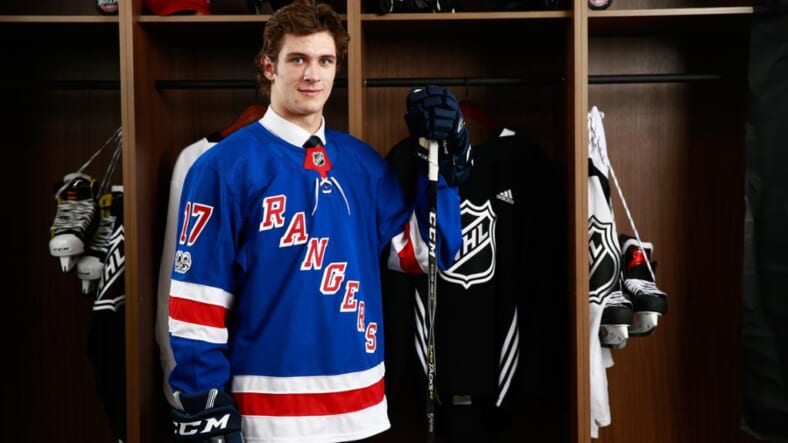 Cap Friendly reported on Saturday night that center Morgan Barron has been recalled and placed on the Taxi Squad.

The New York Rangers have reportedly placed Â center Morgan Barron on the Taxi Squad per Cap Friendly. The 22-year-old has been playing for the Hartford Wolf Pack of the AHL.

The Rangers have not officially made a statement about this transaction so it is possible that this could be a salary cap move rather than an actual recall.

Barron was selected 174th overall in the 2017 NHL Entry Draft. This season at Hartford he has recorded five goals with seven points in eight games. Three of his five goals have come on the power play along with one game-winning goal. He has currently recorded points in six consecutive games and seven out of his last eight games for the Wolf Pack.

The potential recall is interesting as it comes on the same day that center Brett Howden was a healthy scratch for the first time in his career.

In other news from Cap Friendly, goaltender Igor Shesterkin was placed on IR. Shesterkin has been sidelined with what has been described as a mild groin strain. He suffered the injury in the Rangers victory over the New Jersey Devils on Mar. 4.

Shesterkin has appeared in 15 games this season with a 6-7-1 record. The rookie has a 2.31 goals-against average along with a .921 save percentage.

The Rangers have been using both Alexandar Georgiev and Keith Kinkaid in the net with Shesterkin sidelined. Kinkaid recorded a 4-0 shutout against the Boston Bruins on Saturday afternoon.