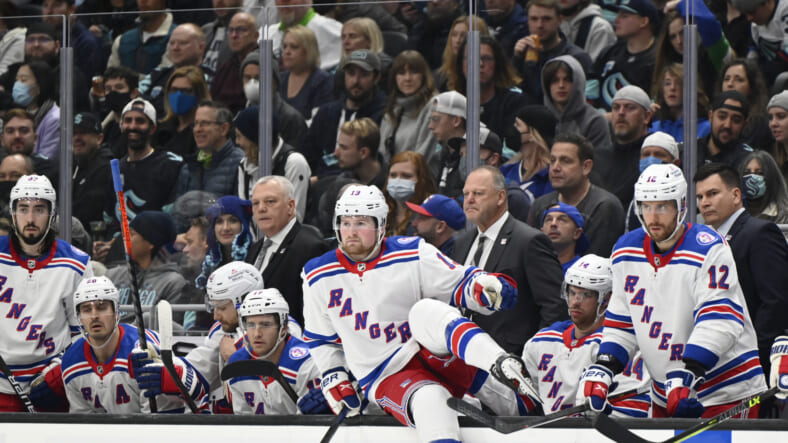 The New York Rangers take the ice on Tuesday night to play against the Vancouver Canucks.

Following a win over the Seattle Kraken on Sunday night, the New York Rangers visit the Vancouver Canucks on Tuesday evening in the first of three straight games in Canada.

New York and Vancouver are playing for the first time since January 4, 2020, a 2-1 Canucks win in Vancouver.

In the game against the Kraken, the team was outshot 32-18 but leaned heavily on the shoulders of Igor Shesterkin until they came up with the game-winning goal in the third period.

Head coach Gallant understands that winning games is important, but the team needs to play better in limiting the opponents in shots against and creating more sustained pressure in the opponent’s end of the ice.

Nils Lundkvist will be a healthy scratch for the second consecutive game.

Gallant is deciding who plays based more on the opponents than how well or poorly a player is performing, at least when it comes to the rookie Lundkvist.

Asked if the decision to sub out Lundkvist in favor of Tinordi was based on who the Rangers are going to play rather than the playerâ€™s performance, Gallant alluded to the former.

â€œWe always look at the other team,â€ Gallant said. â€œThereâ€™s no doubt for sure.â€

Chris Kreider leads the NHL in power-play goals with five. The Blueshirts are 23rd in the league scoring at 16.1%. The penalty killing is where the team has excelled. The team is ranked 13th in the NHL with 83.3%.