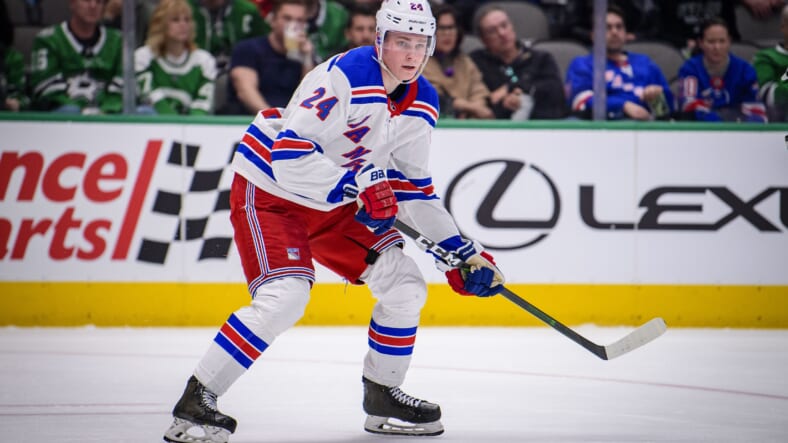 New York Rangers F Kaapo Kakko was still on the NHL’s Covid Protocol list as of Monday night with no return announced for the 20-year-old.

Lost in the surprising news that Artemi Panarin would be taking a leave of absence from the team was a short but alarming statement by head coach David Quinn after Monday’s practice.

Quinn gave an update on Kakko, which was tweeted by Vince Mercogliano, which added more speculation than resolve to when the second-year player could play again,

“Heâ€™s doing fine. I wish I could give you a better answer, but Iâ€™m not sure when heâ€™s going to be able to come back.”

A player placed on this list doesn’t necessarily mean he has tested positive for the Covid-19 virus. The NHL and NHLPA agreed to five different criteria’s for a player to be added to the list;

No additional detail will be provided either by the League or the Club, including the precise reason the Player is unavailable or how long he might be out.

For Kakko, the virus could have moe complications as he has been diagnosed with both Type 1 Diabetes andÂ celiac disease.

Kakko joins Philip Chytil, Jacob Trouba and Artemi Panarin who will all be out out of the lineup when the Rangers play the Philadelphia Flyers on Wednesday.