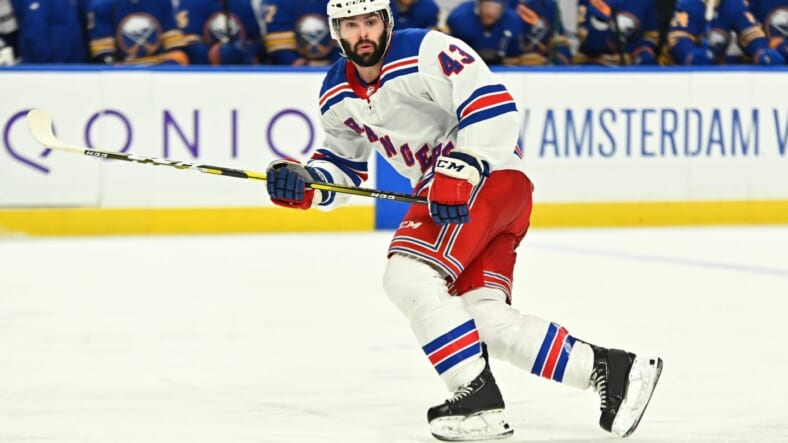 New York Rangers fans will have a chance to watch their favorite hockey team and maybe win some prizes at the same time with a free-to-play app now available for download on iOS and Android in the AppleÂ App and Google Play Store.

The new prediction gaming app, developed in partnership with Boom Sports,Â will feature pick â€˜em style NHL contests and offer fans the chance to win real cash prizes basedÂ on the accuracy of their selections.

The NHL contests within the app will include separate pick â€˜em contests for everyÂ Rangers, Islanders, Devils, and Sabres game, with each individual contest featuring a $1,000 progressiveÂ jackpot. For each game, fans will make several different predictions, such as the player to score the firstÂ goal, the number of total goals each team will score in each period, and more. If no one correctly makesÂ all picks on any given night, the $1,000 prize will be added to the jackpot for that teamâ€™s next game. IfÂ there is no jackpot winner, $100 will be awarded each game to the contestant or, in the case of a tie,Â shared amongst those contestants, with the highest point total.

The Rangers pregame show on Tuesday night sawÂ Steve Valiquette discussing the new app and then selecting Rangers’ Collin Blackwell to be the first Blueshirt to score during the game against the Pittsburgh Penguins.

Blackwell scored the goal just 1:35 into the first period in the team’s 8-4 win. Rangers broadcaster Joe Micheletti acknowledged the pick by Valiquette in calling the goal on replay saying, “Steve Valiquette has a big smile on his face as he picked Blackwell.”

The app is a fun way for fans to play watch a game and have an opportunity to win some cash at the same time.