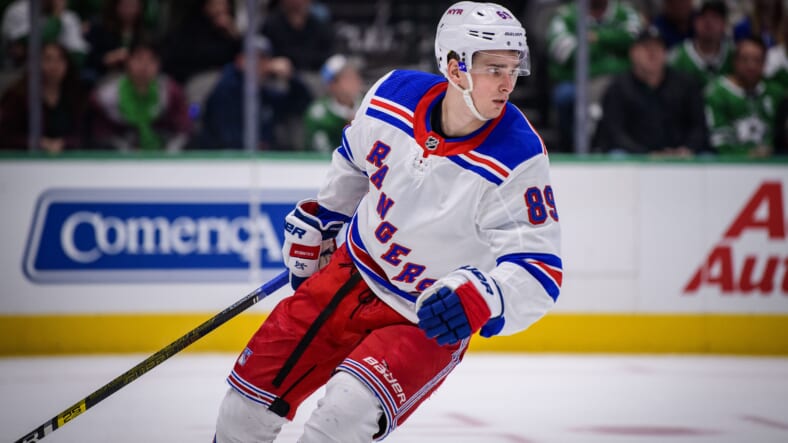 After spending a big part of February at home, the New York Rangers now face a crucial stretch of six games on the road. Entering Wednesday night’s action, the Rangers are 8-9-3. They are in sixth place, six points behind the tied for fourth-place Pittsburgh Penguins and Philadelphia Flyers. With a limited 56 game schedule, the Rangers must do well to stay in contention for a playoff spot, especially in the loaded East Division.

The Devils are coming off a 2-1 loss to the New York Islanders on Tuesday night. The loss was the Devils third in a row, their second such streak since Feb. 20.

The Devils are still without their captain, Nico Hischier, who took a puck to the face in a recent game. Head Coach Lindy Ruff was asked after practice on Wednesday if there was any change to Hischier’s status.Â  “No further update,” said Ruff. “You know, I spoke with him at the game last night. I had a great conversation, but we don’t have an update as of yet. We’ll probably have one in the next couple of days.”

Thursday night’s game will mark the second time that the Devils will have fans in the stands. The protocol is the same for the Devils as it was for the Rangers, as New Jersey is allowing fans at 10% capacity.

In addition to Thursday night’s game, the Devils will host the Rangers on Saturday afternoon.

Will the New York Rangers face Sidney Crosby when they travel to Pittsburgh?

There is a big question for the New York Rangers when they travel to play the Penguins on Sunday, March 7. Will the Blueshirts have to face Sidney Crosby?

Crosby was absent after being placed on the COVID Protocol Related List ahead of Tuesday’s 5-2 win against the Flyers.

Being added to that list can be the result of a number of factors. Crosby did not practice on Wednesday and the Penguins are not required to give any further explanations.

So everyone now waits to see when Crosby will be cleared to play.

In addition to Sunday’s game, the Rangers will also play the Penguins on Tuesday, March 9

The New York Rangers finish their road trip in Boston

The Rangers finish their MLB-style road trip with back-to-back games against the Bruins on March 11 and 13.

Regardless of how things progress between now and the 11th, the Rangers are likely to face their old nemesis in David Pastrnak. The Rangers hopes that he cools down from his red-hot February.

He played so well last month that Pastrnak was named the NHL East Division’s star of the month. Since making his season debut on January 30, Pastrnak has produced a team-leading 18 points – six more than his next closest teammate. He ranks 4th in the league in points per game (1.50) and has recorded at least one point in nine of his 12 games this season.

The next Rangers home game is Monday, March 15 when the Blueshirts host the Philadelphia Flyers.