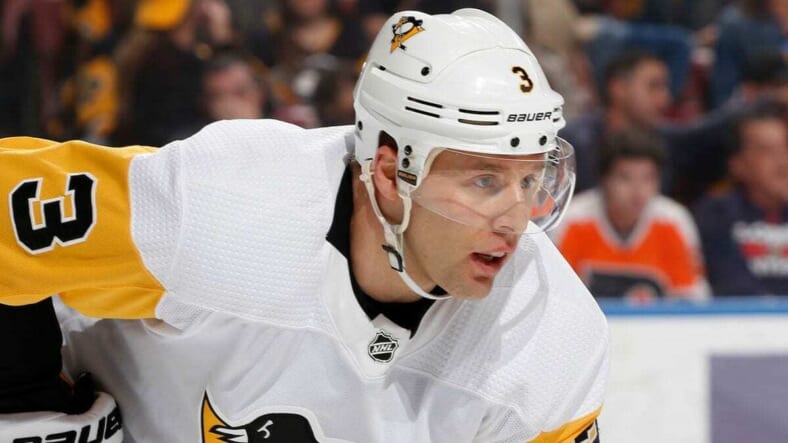 The Rangers made their big move on Tuesday night when they used their first overall pick to select Alexis Lafreniere. Gorton then used free agency to add some depth to the roster without paying the big dollars as the did last summer when they signed Artemi Panarin and Jacob Trouba.

From a position view, all three areas of the ice were addressed with the team signing three defensemen, four forwards, and a goaltender.

Johnson, 33, has skated in 937 career NHL games over parts of 14 seasons (2006-07 â€“ 2019-20) with the Los Angeles Kings, Columbus Blue Jackets, and Pittsburgh Penguins, registering 70 goals and 232 assists for 302 points, along with 521 penalty minutes. He has averaged at least 19:00 of ice time per game in each of his 13 full seasons in the NHL, as well as 20:00 or more of ice time per game in 10 of those 13 seasons. Johnson has tallied at least 20 assists and 30 points in five different seasons throughout his career. In addition, he has registered 100 or more blocked shots in nine different seasons and 100 or more hits in seven different seasons in the NHL. Johnson ranked fifth among NHL defensemen in hits in 2018-19 (233), establishing a career-high in hits during the season. He served as an alternate captain for several seasons during his tenure with the Blue Jackets.

The 6-1, 227-pounder skated in 67 games with Pittsburgh this past season, registering three goals and eight assists for 11 points, along with 26 penalty minutes. Johnson ranked second among Penguins defensemen in games played in 2019-20, and he averaged 19:28 of ice time per game during the season. He led the Penguins in blocked shots (97) and ranked second on the team (led team defensemen) in hits (183) this past season.

Johnson is expected to fill the role of long-time defenseman Marc Staal who was traded to Detroit.

Crawley, 23, split this past season between the Hartford Wolf Pack of the American Hockey League (AHL) and the Maine Mariners of the ECHL. He registered 12 points (two goals, 10 assists) and 36 penalty minutes in 38 ECHL games with Maine in 2019-20. Crawley skated in nine AHL games with the Wolf Pack this past season, recording six penalty minutes.

The Glen Rock, New Jersey native was selected by the Rangers in the fourth round, 123rd overall, of the 2017 NHL Entry Draft.

Bitetto, 30, skated in 51 games with the Winnipeg Jets this past season, registering eight assists, a plus-three rating, and 32 penalty minutes. He established career-highs in several categories in 2019-20, including games played, assists, points, plus/minus rating, and average ice time (15:10). Bitetto ranked second on Winnipeg in hits this past season (145), and he led the Jets in hits per game (2.84). He ranked 23rd in the NHL, as well as fifth among NHL defensemen, (min. 30 games played) in hits per game in 2019-20. In addition, Bitetto ranked fourth on the Jets (and ranked second among Jets defensemen) in average shorthanded ice time this past season (2:11).

The Island Park, New York native was originally selected by Nashville in the sixth round, 168th overall, of the 2010 NHL Entry Draft.

Rooney, 27, skated in 49 games with the New Jersey Devils this past season, registering four goals and five assists for nine points, along with a plus-eight rating and 20 penalty minutes. He established career-highs in several categories in 2019-20, including games played and plus/minus rating, and he led New Jersey in plus/minus rating during the season. Rooney posted a plus/minus rating of even or better in 43 of 49 games he played this past season, and he was on the ice for only 10 even-strength goals against in 470:43 of even-strength ice time.

The Canton, Massachusetts native was originally signed by the Albany Devils of the American Hockey League (AHL) to an Amateur Tryout (ATO) on March 29, 2016, following his collegiate career at Providence College. Rooney signed his first NHL contract with New Jersey on February 27, 2017.

Blackwell, 27, split this past season between the Nashville Predators in the NHL and the Milwaukee Admirals in the American Hockey League (AHL). He skated in 27 NHL games with the Predators in 2019-20, registering three goals and seven assists for 10 points, along with a plus-seven rating and 10 penalty minutes. Blackwell, who recorded all of his 10 points this past season at 5-on-5, ranked fifth on Nashville in points per 60 minutes of ice time at 5-on-5 (2.07) and ranked third in assists per 60 minutes of ice time at 5-on-5 (1.45) during the season. He also ranked sixth on the Predators in plus/minus rating this past season, and he was on the ice for only 10 even-strength goals against in 293:22 of even-strength ice time in 2019-20.

The Lawrence, Massachusetts native was originally selected by San Jose in the seventh round, 194th overall, of the 2011 NHL Entry Draft

Greco, 27, split this past season between the Springfield Thunderbirds, the Syracuse Crunch, and the San Jose Barracuda of the American Hockey League (AHL), registering 11 goals and 13 assists for 24 points, along with 14 penalty minutes. He tallied 19 points (10 goals, nine assists) in 37 games with Springfield, and he registered 118 shots on goal in those 37 games (3.19 shots on goal per game). Greco also notched four points (one goal, three assists) in his seven games with San Jose and posted a three-game assist/point streak over the final three games of the season.

The Queens, New York native has also skated in one career NHL game, making his NHL debut on December 13, 2018, as a member of the Florida Panthers. Greco is the only player in NHL history whose listed birthplace is Queens, New York. He signed his first NHL contract with the Panthers on November 20, 2017.

The Ham Lake, Minnesota native was originally selected by Los Angeles in the fifth round, 148th overall, of the 2013 NHL Entry Draft.

The 6-3, 186-pounder split this past season between the NHL and the American Hockey League (AHL) while in the Montreal Canadiens organization. Kinkaid appeared in 17 AHL games with the Laval Rocket and Charlotte Checkers in 2019-20, posting a 3.15 GAA and a .888 SV%. Kinkaid also appeared in six NHL games with Montreal during the past season.

Kinkaid was originally signed by New Jersey as an undrafted free agent on April 18, 2011.

The Rangers added some local flair to their system with four of the players coming out of the tri-state area. Where these players fit in with regards to the team’s current roster will be addressed once the NHL announces when teams can begin training camp.