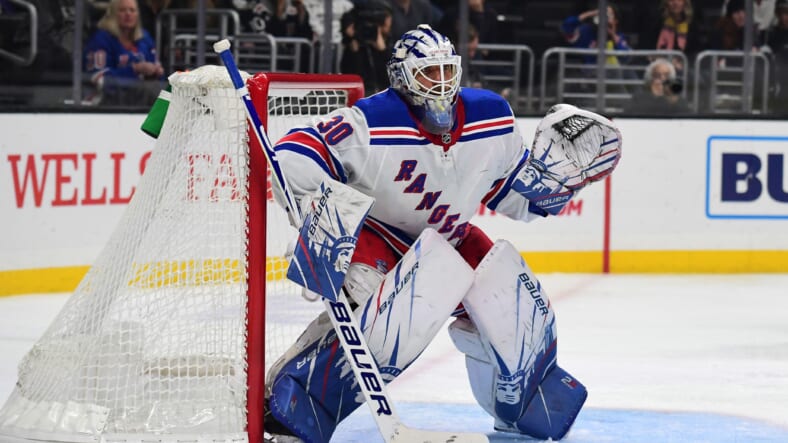 New York Rangers defenseman Libor Hajek detailed in an interview earlier this week what most have anticipated. Henrik Lundqvist believes he has played his last game wearing a Rangers sweater.

There has been little information made available with regard to the future of Henrik Lindqvist. He played in the first two qualifying round games against the Carolina Hurricanes, both losses, then backed up Igor Shesterkin when the Rangers were swept to end their pandemic extended season.

When the team traveled back home, Jeff Gorton reported that he advised Henrik Lundqvist the team would not go with a three goalie rotation next season. Henrik then departed for his home in Sweden with no further comment on the status of the 15-year veteran.

Hajek’s interview with Isport.CZ began with a discussion of his issues with insurance. Then the surprising comments were made about what the King said following the team’s last game played in the Toronto bubble.

“He said he didn’t know what would happen to him if the Rangers bought him out or went somewhere else.”

Hajek went on to say,

“It was very sad. After the match with Carolina, he said goodbye, saying it was his last match.”

The young defenseman who struggled with a knee injury this past season was with the team when they played their qualifying round games. Â He seemed to admire Henrik even admitting that he bought the same jeans that Hank wore in a personal comment in the interview.

Lundqvist has one year remaining on his seven-year, $59.5 million contract signed in 2013. Â He started this season as the number one, but with the emergence of rookie Igor Shesterkin in January, the writing has been on the wall that this could be his last season on Broadway.

He hs a full no-trade clause and would have to approve any trade the team would like to make him part of. A buyout is more likely but regardless of how it happens, the face of the franchise and fan-favorite will not be in the future plans for the Blueshirts.