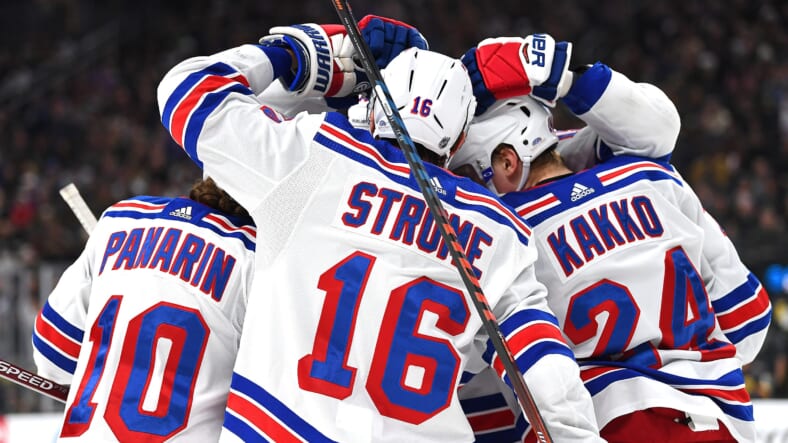 With many questions dominating the return of the NHL one thing is very clear, the New York Rangers would be one of the scariest teams to play against come playoff time.

The Rangers have come a long way since their opening night win against the Winnipeg Jets in October. This team started the year with a bunch of rookies, strong veteran leadership, and a second-year head coach in David Quinn who seemed more comfortable behind the bench.

With a powerful offense led by potential MVP candidates in Artemi Panarin and Mika Zibanejad, the Blueshirts quickly provided a scoring punch they had been missing since the days of Jaromir Jagr. They both made the rest of the club better in all areas of the ice. What was even more surprising was the emergence of the team’s top duo on the blueline.

Adam Fox and Ryan Lindgren became the top defensive pair for the team. The two rookies proved they belonged in the NHL early on and thanks to a switch in the pairings midway through November, they two have become a dominant force playing against the opposition’s top players.

The goaltending tandem of Henrik Lundqvist and Alexandar Georgiev kept the Rangers above water early on until the team’s decision to recall their top. goalie prospect in the AHL Igor Shesterkin.

Shesterkin played his first game the day after his recall defeating the Colorado Avalanche and winning 10 out of his first 12 games in the NHL before the NHL paused. its schedule.

The team went on a tear beginning the start of the new year in January winning 18 of their final 29 games played to bring the team within two points of a wildcard spot.

Their hard nose never gives up style of play makes them a dangerous opponent against any team. They should be an exciting club to watch when the league resumes play this summer.