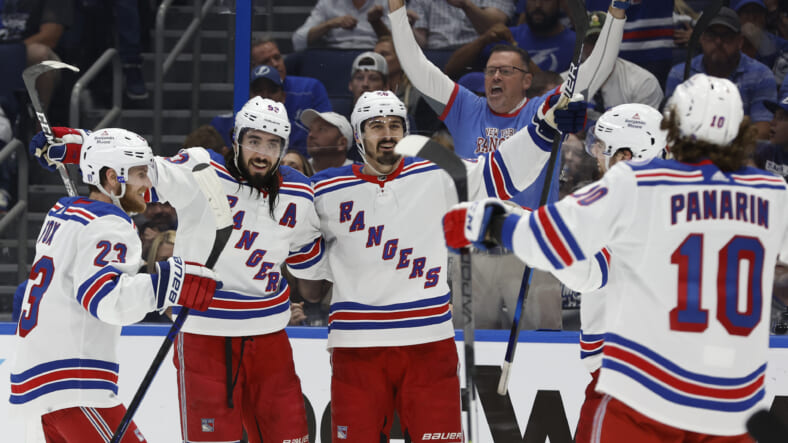 At the conclusion of practice in Tarrytown, NY, the New York Rangers head coach confirmed that the club will begin the season with a 23-man roster. Of course, that can change at any moment.

The New York Rangers had one last practice before the season opener at MSG against the Tampa Bay Lightning on Tuesday night.

Rangers beat writer Vince Mercogliano Tweeted a statement announcing there would be no more cuts, per Gerard Gallant.

The Rangers will start the season with this group: forward Sammy Blais will start the season in the press box after suffering an upper-body injury in Saturday’s preseason loss to the New York Islanders. He will not play in the home opener tomorrow night and could miss the next two games on the schedule. A trip to the injured list is not out of the scope of possibility though that would not help save money on the salary cap.

These were the line combinations used at practice. It is unclear what combination Gallant will use with the fourth line, but based on the PK units, I believe Vesey would start over Hunt. Hajek is the seventh defenseman.

Lafreniere-Chytil-Kakko-Kravtsov, with Trouba and Jones filling the defensemen’s spot on a rotating basis.

The PK unit’s rotated with;

MSG Networks will be airing a Rangers ’22-’23 Season Preview at 7 pm tonight on MSG. The half-hour special will preview the upcoming season and dive into the latest position battles, storylines surrounding the team, and more.

The game will be on ESPN, but MSG Networks will have complete pregame coverage on MSG at 7 pm, as well as postgame immediately following the game.