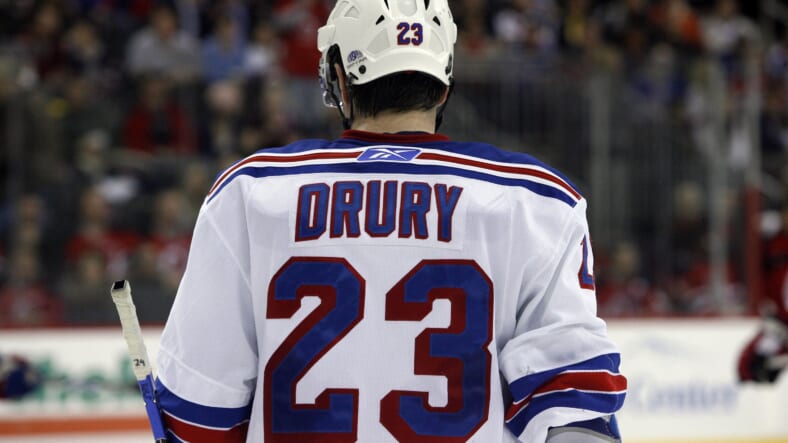 Drury had an interview with the Panthers organization during the week of Aug. 16. and reportedly advised Florida on Friday afternoon that he was withdrawing himself from consideration.

The 44-year-old will enter his sixth year in the Rangersâ€™ front office and fifth as assistant GM. Â He is also entering his fourth as GM of the AHL Wolf Pack. Drury assists Rangers General Manager Jeff Gorton on all player transactions and contract negotiations, and he is responsible for all hockey-related matters for the Wolf Pack. The former Blueshirt also helps Gorton in overseeing and evaluating all players at the collegiate level.

In his NHL playing career, Drury played inÂ 892 games with the Colorado Avalanche, Calgary Flames, Buffalo Sabres, and the Rangers, registering 255 goals and 360 assists for 615 points. Drury captured the Stanley Cup as a member of the Avalanche in 2000-01, ranking second in the NHL with 11 goals in 23 games during the team’s playoff run. In 1998-99, Drury received the Calder Trophy as the NHL’s Rookie of the Year after registering 20 goals and 24 assists for 44 points with Colorado. Drury recorded at least 20 goals in nine different seasons in his career, and he registered at least 50 points in eight different seasons.

Former Ranger and current NBC Broadcaster Eddie Olczyk has also interviewed for the GM position in Florida. Â Peter Chiarelli, Scott Mellanby, and NHL Network’s Kevin Weekes are also in the mix to be hired by Florida.