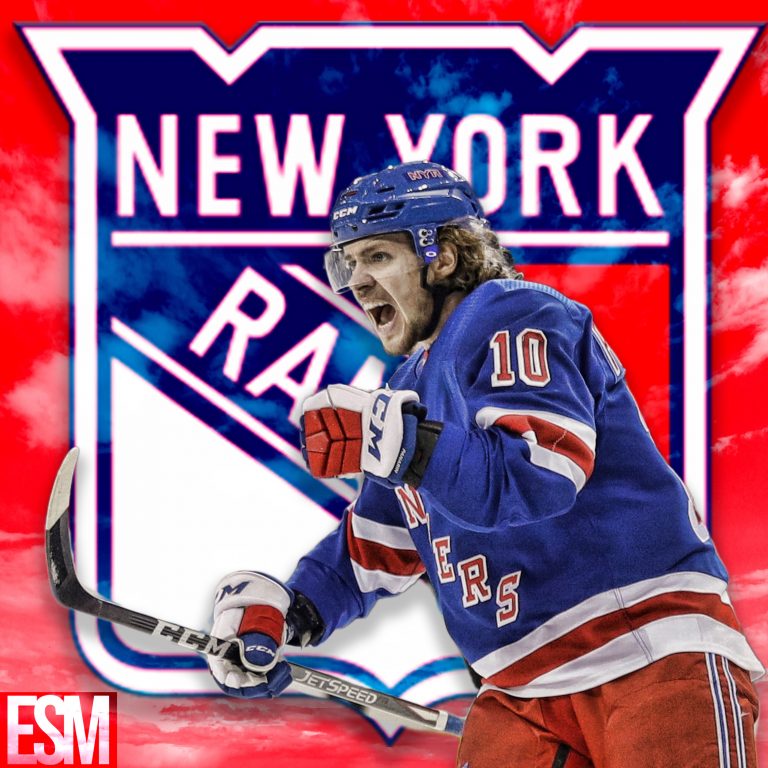 Artemi Panarin and the New York Rangers have been a perfect match. Today is the one year anniversary of the Blueshirts signing last summers best free agent. The breadman has proven to be worth every cent of the seven-year, $81.5 million contract that brought him to the city that never sleeps.

President John Davidson knew Panarin wanted to be in New York with the Rangers. He was very familiar with the superstar Russian when they were both with the Columbus Blue Jackets.

“We know he definitely wants to be here in New York, specifically with the Rangers, It’s a perfect fit.” J.D. went on to say to Greg Wyshynski of ESPN following the signing, “There’s something special about Panarin and the way he plays the game, the way he looks at the game, and the way he thinks about the game, I’m ecstatic about getting Panarin here to join this group.”

The Breadman Did Not Disappoint

Panarin wasted no time doing what he does best. He scored in his first game as a Ranger during the teams 6-4 win over the Winnipeg Jets on opening night. His power-play goal 27 seconds into the second period gave the Rangers a 2-1 lead at the time and gave the fans a look at what he brings to the ice every night.

His infectious smile and hard work make every player around him a better hockey player.  Linemate Ryan Strome has taken full advantage of playing alongside the 28-year-old. Strome recorded 18 goals with 59 points this season. The 59 points were the most Strome recorded in his eight years in the NHL.

Panarin led the team in scoring this season netting 32 goals with 63 assists for 95 points. His 32 goals were second on the team behind Mika Zibanejad (41). The 63 assists were tops for the team which included 17 helpers with the man advantage. If not for the shortened season due to the global pandemic he would have surpassed the 100 point mark this year.

Signing the biggest free agent last summer was not a sure thing. The Florida Panthers and the New York Islanders were in contention up till the last minute. Florida signed Panarin’s best friend and former teammate with Columbus, Sergei Bobrovsky.  The two had hoped to sign together as both were unrestricted free agents, but that opportunity never developed luckily for the Rangers.

The signing of Panarin signaled the conclusion of the club’s rebuilding plans. The newly signed high scorer along with the team’s selection of Kaapo Kakko the month before at the NHL Draft gave the team a spark the club was missing since the days of Jaromir Jagr.

The hope when the team signed Panarin was he and center Mika Zibaenjad would form a deadly one-two punch that would put fear throughout the league. At the start of the New Year in January the two players were on fire. Though they were not on the same lines, they were often on the same power-play unit and often found themselves together during many overtime periods.

A great example of the connection the two have was during Zibanejad’s five-goal game against the Islanders. In overtime, Panarin skated down the ice into the Islander’s offensive zone drawing two players to him. Panarin was able to chip the puck to the top of the circle where a streaking Zibanejad one-timed the puck past the Isle’s goalie for the OT winner.

With the Rangers success this season and subsequent advancement to the NHL Qualifying Round of the Stankey Cup Playoffs, Panarin has had his name mentioned as a Hart Trophy candidate. He is worthy of the league’s Most Valuable Player award playing on a team with little chance of a playoff bid when the season began back in October.

The Rangers now will rely on a well-rested Panarin to continue his scoring touch with the club heading into the playoffs for the first time since 2017. The pressure to move deep into the playoffs will be unlike anything he has experiences in his short NHL career.

It will be interesting to see if he can find the magic he displayed throughout the year in what many consider to be the hardest playoffs to win the Stanley Cup.