New York Rangers all but eliminated in loss to the Flyers 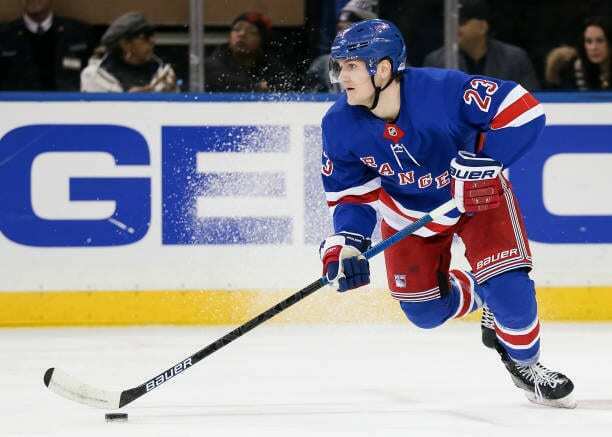 With Jacob Trouba out, head coach David Quinn started recently signed Zach Jones. He picked up 9:45 of ice time in his NHL.Â  The NHL public relations department posted that the last time the Rangers had five defensemen 23 years old or younger play in the same game was on Nov. 2, 1980.

However, they were unable to stop the Flyers’ James van Riemsdyk from scoreing two power-play goals, including one that went in off his face. On that play, K’Andre Miller deflected Travis Konecny’s shot and the puck went up and off the side of van Riemsdyk’s face. Van Riemsdyk was wearing a shield covering his jaw when he returned.

Brendan Smith and Artemi Panarin scored, and Igor Shesterkin made 33 saves for the Rangers.

The New York Rangers discuss their disappointing loss to the Flyers

Adam Fox talked about the difficult loss in his post-game Zoom conference. “We know what is at stake every game. At this point, there is only so many left. We are going to keep fighting until we are officially out of it.”

It was certainly something we weren’t expecting,” a dejected Quinn said after the game. “Because usually when we had games like we did against the Islanders, we responded. Maybe the realization of the situation we were in took the wind out of our sails. We have been a resilient group all year and tonight we weren’t.”