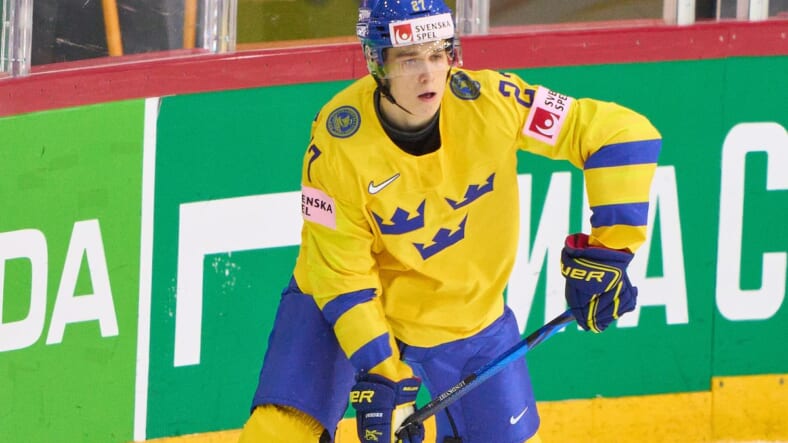 Lundkvist, 20, skated in 52 games with Lulea in the Swedish Hockey League (SHL) this past season, registering 14 goals and 18 assists for 32 points, along with 30 penalty minutes. He was named the winner of the Salming Trophy in 2020-21, which is awarded annually to the best Swedish-born defenseman in the SHL as selected by Hockey Hall of Famer Borje Salming. Lundkvist established SHL career-highs in several categories in 2020-21, including games played, goals, points, average ice time (21:24), and shots on goal (156). He ranked fifth in the SHL (ranked second among SHL defensemen) in shots on goal in 2020-21, and he also led SHL defensemen in goals and power-play goals (eight) this past season. Lundkvistâ€™s 14 goals in 2020-21 were the most by a defenseman in one season as a U21 player or younger in SHL history.

The Pitea, Sweden native was selected by the RangersÂ in the first round, 28th overall, of the 2018 NHL Entry Draft.