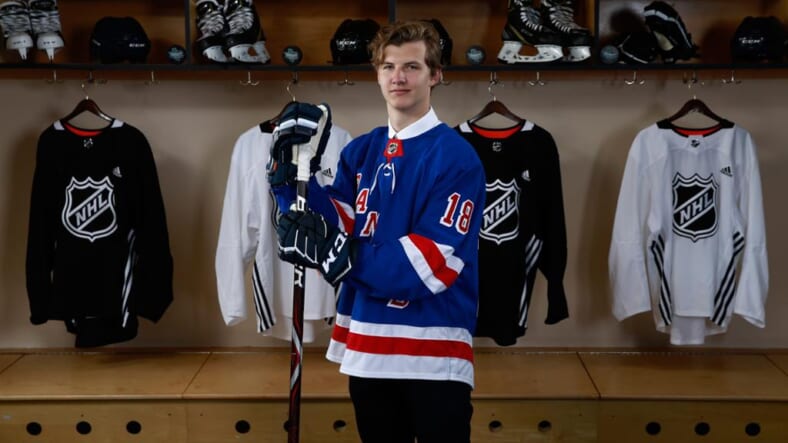 Vitali Kravstov poses after being selected by the New York Rangers in the 2018 draft. Photo courtesy of the NHL.com

New York Ranger’s prospect Vitali Kravtsov will miss todayâ€™s game against Dynamo. He was injured in his last game and may be placed on the injured list. There is no update on the severity of the injury or how long Kravtsov will be out.

The injury was reported by Gillian Kemmerer.

Kravtsov has done very well over in the KHL, as he already has as many goals in 11 games this season in the KHL than he did in 39 games in the AHL before the COVID-19 shutdown.