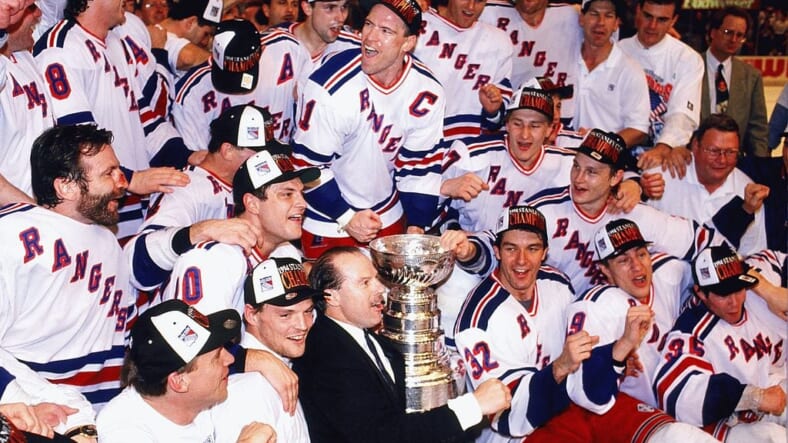 NEW YORK, NY - JUNE 14: Mark Messier #11 and head coach Mike Keenan of the New York Rangers get ready for the Stanley Cup team picture after the Rangers defeated the Vancouver Canucks in Game 7 of the 1994 Stanley Cup Finals on June 14, 1994 at the Madison Square Garden in New York, New York. The Rangers defeated the Canucks 3-2 and won the series 4-3. (Photo by Steve Babineau/NHLI via Getty Images)

“And this one will last a lifetime” – The famous words echoed by New York Rangers broadcaster Same Rosen are etched in every Blueshirt fans memory.

This Sunday, June 14, Madison Square Garden Network will spend the day celebrating that unforgettable win when the Rangers defeated the Vancouver Canucks in seven games to bring the Stanley Cup back to New York City for the first time in 54 years in 1994.

MSGN has an incredible lineup of on-air programming that will relive that incredible journey.

Grab an ice-cold beer, get the family together as watch Adam Graves, Mark Messier, Brian Leetch, and Mike Richter beat the curse of 1940!