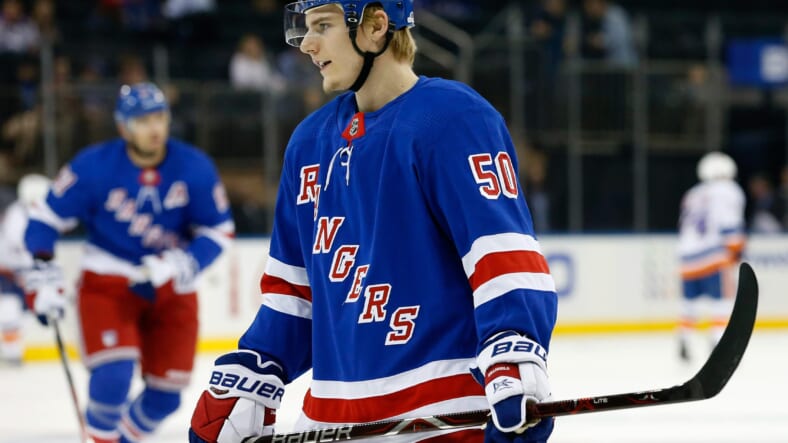 During the second round of the NHL Entry Draft, the New York Rangers traded troubled forward Lias Andersson to the Los Angeles Kings in exchange for the No. 60 pick. General manager Jeff Gorton then announced that the Rangers would be drafting William Cuylle. This ends what has been a very difficult period of time between the young Swede and the Blueshirts.

The former seventh overall pick played in just 66 games for the Rangers, falling short ofÂ  expectations with just three goals and six assists. He struggled to secure a spot in the lineup and fluctuated between the NHL and the AHL for most of his time in New York.

Earlier, Andersson had confided in SVT Sports, a Swedish media outlet, that it was an â€œuntenable situationâ€ for him in New York.

Demanding a trade after being demoted to Hartford, Andersson left the organization and returned home to Sweden, where the Rangers loaned him to HV71 of the SHL.

Unless sign that Andersson did not intend to return to the organization occured when the Rangers extended an invitation to Andersson to re-join the team for summer training camp ahead of the 2020 NHL Playoffs. Declining the offer demonstrated his willingness to no longer be a part of the organization.