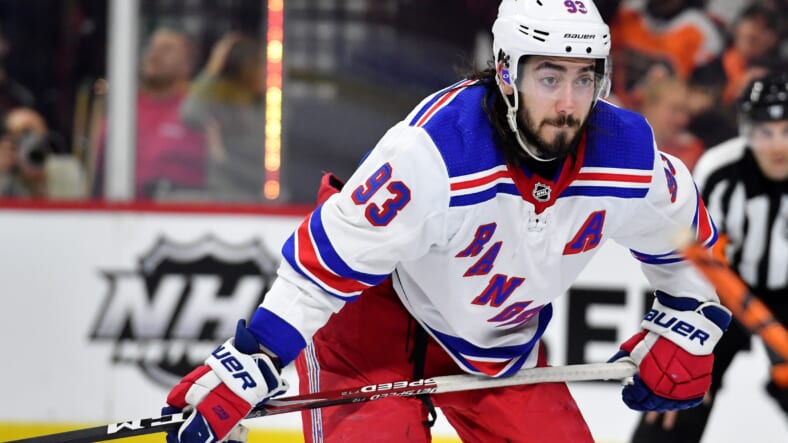 After two straight blowouts, the New York Rangers were finally held in check by the Philadelphia Flyers. The Blueshirts were defeated by the Flyers when Samuel Morin put the Flyers ahead 2-1 for good with 4:27 remaining in the game.

After scoring 17 goals in the last two games against the Flyers, the Rangers were held to one goal in Saturday’s contest. Mika Zibanedjad scored the goal and was assisted by Ryan Strome and Adam Fox. Strome extended his point streak to eight games (two goals, 11 assists) and his assist streak to seven games.

Coming into the game, Fox had led the Rangers with 23 total assists and has 26 points. According to the NHL Public relations, That was his 15th assist in the month of March. His 15 helpers lead all players in the NHL over that span.

Jacob Trouba had a few very positive things to say about the play of Shesterkin in his post-game Zoom conference. â€œHeâ€™s looked great, definitely made a lot of big saves and made the saves you need a goalie to make to win the game,” Trouba said.Â  “He did his job tonight.â€

Acting head coach Kris Knoblauch could not confirm if Shesterkin will start in goal tomorrow at Washington. He also added that is not sure if he will be behind the bench in that game.

Head coach David Quinn is coming to the end of his NHL COVID protocol leave but will have to go through some testing and procedures before being allowed to return.

The New York Rangers will travel to play the Capitals on Sunday at noon that will be televised nationally, starting at noon.