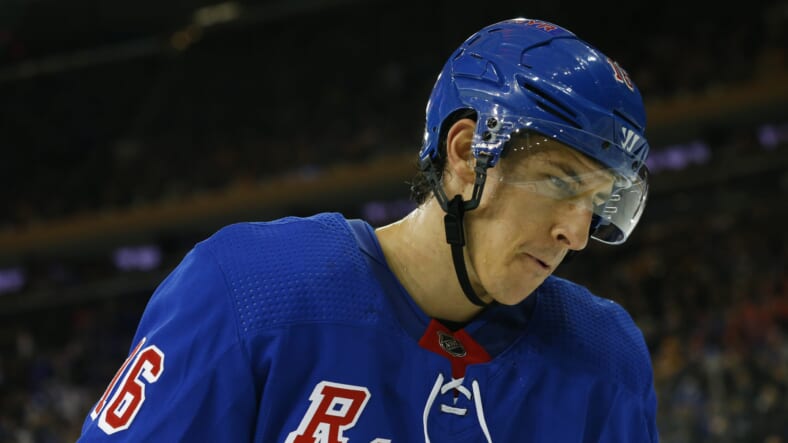 The New York Rangers and other NHL players were given guidelines to follow in the wake of the season shut down due to the Covid-19 pandemic. In the message the NHL sent to its teams and players on Friday, which was written in conjunction with the NHL Players’ Association, the league strongly encouraged players to “self-quarantine” in their homes for “the next week or so.” How seriously NHL players, with the reminder that club personnel is in close contact with players frequently, take the recommendation could have a significant say on the timetable to return.

As part of the self-quarantine, the NHL urged players to “remain in your home as much as possible and practicable and avoid unnecessary interactions with non-family members or roommates.”

Also, team practice facilities are to be off-limits, except for players with “disabling injuries.” Even those players with injuries were encouraged to communicate and continue rehab via alternative means, including FaceTime or webinar, to any extent possible. The NHL also asked players not to organize informal skates at public facilities, because players will be afforded “sufficient time to resume skating and game preparation activities prior to any resumption of play.” NHL deputy commissioner Bill Daly shared with players that “While self-quarantine will undoubtedly impose lifestyle limitations and may seem like an overly precautions measure, adherence to these principles for a relatively brief period of time â€¦ should allow us to be in the best position possible to assess the next steps regarding the potential resumption of play.

Players seem to be on board with the NHL’s response. San Jose Sharks forward Evander Kane tweeted the NHL “has done the right thing in taking this pause to help the risk of spreading this virus.”

The effort could pay off sooner than other sports leagues as NHL Players’ Association chief Don Fehr tells The Associated Press that he expects teams will be cleared to open their training facilities to allow player workouts as early as next week. Of course, a positive test could set back any NHL timeline that is tentatively planned.