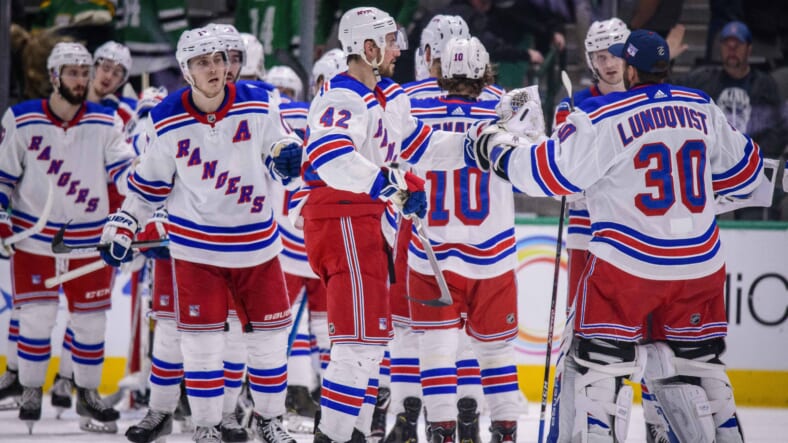 With an uptick of COVID-19 cases around New York and the world, it should be no surprise that the New York Rangers and their fans will see a very different season in 2020-21. Yesterday, Commissioner Gary Bettman revealed that the NHL will still try to target January 1 as the start of their season. This was the first of a multitude of plans that the NHL and the NHLPA will try to implement in order to start and complete a season.

Coming off the success of the playoff hubs, Commissioner Bettman said Tuesday that the NHL is exploring short-term hubs, temporary realignment and a reduced schedule as options for the 2020-21 season amid the coronavirus pandemic, especially as the number of cases rises in recent days.

“You’ll play for 10 to 12 days,” Bettman said in a virtual panel discussion during the 2020 Paley International Council Summit. “You’ll play a bunch of games without traveling. You’ll go back, go home for a week, be with your family. We’ll have our testing protocols and all the other things you need.

“It’s not going to be quite as effective as a bubble, but we think we can, if we go this route, minimize the risks to the extent practical and sensible. And so that’s one of the things that we’re talking about.”

#NHL Commissioner Gary Bettman said that the league could temporarily realign its teams for the upcoming season to help with travel restrictions. The league is also considering a reduced schedule and temporary hub cities, per the @AP.https://t.co/uw3NrF4yCl pic.twitter.com/3aF39wR2Vz

Most of these issues will be discussed when the NHL updates its governors in a conference call scheduled for Thursday.

The League is exploring teams playing in their own arenas (with or without fans depending on the local situation), in hubs, or in a hybrid system, but Bettman reiterated that the NHL would not entertain the complete bubble that they instituted for the playoffs.

Another issue will be around temporary realignment, which would include an all-Canadian division.

“Obviously, we’re not going to move all seven Canadian franchises south of the 49th Parallel, and so we have to look at alternative ways to play,” Commissioner Bettman said. “And while crossing the U.S.-Canadian border is an issue, we’re also seeing within the United States limitations in terms of quarantining when you go from certain states to other states. It’s again part of having to be flexible. â€¦

“As it relates to the travel issue, which is obviously the great unknown, we may have to temporarily realign to deal with geography, and that may make sense, because having some of our teams travel from Florida to California may not make sense.

“It may be that we’re better off, particularly if we’re playing a reduced schedule, which we’re contemplating, keeping it geographically centric, more divisional based, and realigning, again on a temporary basis, to deal with the travel issues.”

Any plan would be a collaborative effort between the NHL and the NHL Players’ Association, as was the 2020 Return to Play Plan. Though both sides are in constant and regular communication, there haven’t been any regular meetings.