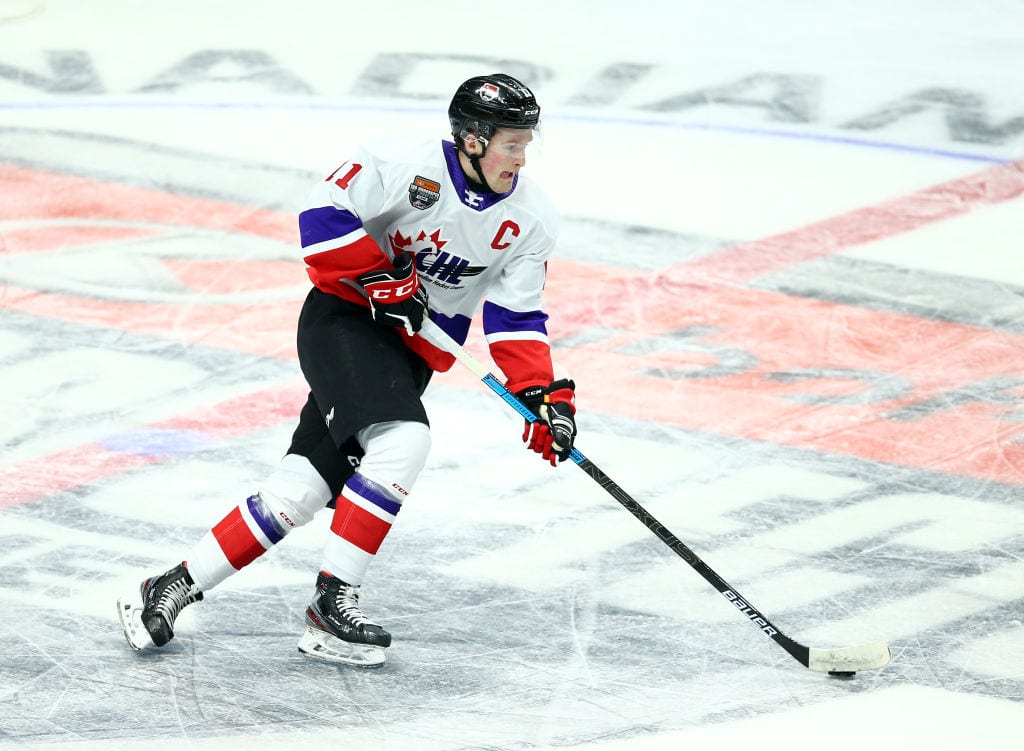 The New York Rangers may be curious to see which teams channel its Don Vito Corleone and tempt the Rangers by “making them an offer they can’t refuse”, and what that offer might look like in order for the Rangers to trade what is expected to be one of the future stars of the NHL, Alexis Lafreniere.

It is not like the Ranges should not listen to offers. If someone comes in with a really great offer, then the Rangers should at least consider it. Also, GM Jeff Gorton did make a cryptic quote about the pick when he said â€œIf I just went on this call and told you all the things weâ€™re going to do, it probably doesnâ€™t help me on the market when I make calls. We have to have more meetings and I like to play a little closer to the vest than announcing weâ€™re going to go get centers or do something else.â€

Then there was President John Davidson’s quote when he said “You know, we just got the pick. The dust hasn’t even settled. I know people are excited here in New York. They’ve got a lot of calls downtown about getting season tickets. It’s been very good, that part of the business.”

Soon after the ping-pong ball popped out in favor of the Blueshirts, speculation began as who would have the necessary capital to make this trade.

One week ago today, you came into our lives. ðŸ˜ pic.twitter.com/oNtmEIIRd6

One of the more credible reports came from Lisa Dillman of the Athletic and Brian Burke from Sportsnet, who have reported that the Ottawa Senators will propose a trade that will see the Senators send their third and fifth pick in the upcoming draft for the Rangers first pick.

This does give the Rangers something to think about. They could end up with the third, fifth, and no worst than 24th pick (from Carolina) in this year’s draft.

It also gives the Rangers the option of saying “Does anybody have any offers that can top this?”

One of the factors that play into this is whether a potential third pick could at least come close to what Lafreniere is expected to bring to his new team. The next two ranked players in most scouting services after Lafreniere are Quinten Byfield, a 6’4″ Center from Sudbury of the OHL, and German-born LW/Center Tim StÃ¼tzle. In their corner, they have Bob McKenzie of TSN who stated that â€œByfield and StÃ¼tzle both have a chance to impact the NHL at the same level as LafreniÃ©re, if not go by him at some point.â€

If this is to be believed, why would the Senators, who are in need of a lot of talent, be willing to trade two of the top five picks for the number one? It does not seem likely.

One of the biggest reasons why is that Byfield is a year younger than Lafreniere, who is generally considered NHL ready, while Byfield may need another year in Juniors to aid his progression. Stutzle is a little bit of an unknown as it is difficult to compare his numbers from his German League (DEL), although scouts rave about his talent.

However, the possibility could exist because teams, as does the Rangers, know that Lafreniere is a left-winger, and the Rangers already have two decent LW’s in Artemi Panarin and Chris Kreider. Playing on the third line is an option, which may not be a bad thing for an 18-year-old rookie.

Another possibility is that Gorton and Davidson may want to add to that package, so they can alleviate some of the cap issues that face them this year. In the “killing two birds with one stone chapter”, that package could include restricted free-agent Alexandar Georgiev, which would also rid the Blueshirts of that pesky three goaltender issue they have dealt with for a while, and allow Henrik Lundqvist to finish out his career as a New York Ranger without buying out his contract.

In the end, a Rangers future with LafreniÃ¨re, Panarin, Kreider, Mika Zibanejad, Kaapo Kakko,Â Igor Shesterkin,Â Adam Fox, and Jacob Trouba will make it very hard for any team to make the Rangers an offer that they can absolutely refuse.