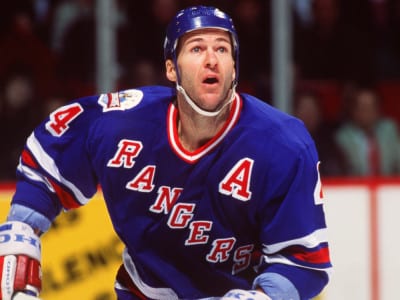 Kevin Lowe, who played on the New York Rangers Stanley Cup Championship team in 1994, was selected to the Hockey Hall of Fame on Wednesday. In addition to Lowe, four other players were named to this year’s class: Jarome Iginla, Marian Hossa, Kim St-Pierre, and Doug Wilson. They are joined by longtime NHL executive Ken Holland, in the builder category.

Congratulations to #NYRalumni Kevin Lowe on being named a class of 2020 @HockeyHallFame inductee! Kevin was a member of the NYR 1992-96 and was on the 1994 Cup Champion team! pic.twitter.com/UnBwVxGmdO

The defenseman was traded from the Edmonton Oilers to the Rangers in December 1992 (Lowe was a restricted free-agent). In 1994, he won the Stanley Cup bringing his personal total to six, after winning five with the Oilers. In total, Lowe played in 1254 career regular-season games, scoring 84 goals with assists, along with 1498 penalty minutes. He added another 214 playoff games, scoring 58 points and earning 192 penalty minutes.

Lowe played in 127 games with the Blueshirts from 1992-96 where he scored 10 goals and had 38 assists. After the 1996 season, he signed a free-agent contract to return to Edmonton, where he played out his final two seasons with the Oilers.

In 1990, while a member of the OIlers. Lowe was awarded the King Clancy Memorial Trophy. The award is given to to the NHL player who best exemplifies leadership qualities on and off the ice and who has made a significant humanitarian contribution to his community. The winner is chosen by “a special panel of representatives” from the Professional Hockey Writers’ Association and the NHL Broadcasters’ Association.

Lowe also had the distinction of being one of the few players who played in the NHL without playing a minute in the minors. He was drafted in the first round, 21st overall, of the 1979 NHL Entry Draft by the Edmonton Oilers, the franchise’s first-ever NHL draft selection. He played the next season with the Oilers after playing three seasons in juniors with the Quebec Ramparts.

The newest class was determined by a panel of 18 voters, which met virtually earlier in the week to elect the Class of 2020 using a secure online ballot. One of the voters is current Rangers President John Davidson.