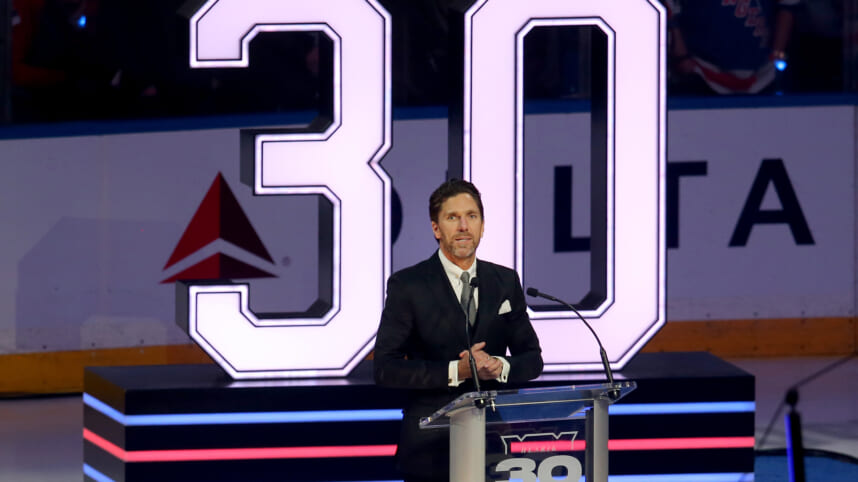 Former New York Ranger and current MSG Broadcaster Henrik Lundqvist will have a new role working for both MSG Sports and MSG Entertainment in an announcement released on Thursday afternoon.

The Press release stated the following with regards to the King’s new role:

In this position, Lundqvist will be involved in numerous areas including representing MSG Sports and MSG Entertainment in a variety of partner and sponsorship endeavors, assisting with content development for digital platforms across both companies, growing and strengthening the connection with Rangers alumni, as well as lending his support with the Garden of Dreams Foundation. In addition, Lundqvist will once again be a lead studio analyst on MSG Network throughout the Rangers season.

Henrik has enjoyed his time since his retirement from the NHL one year ago.

“During the past year since I announced my retirement, I have enjoyed the opportunity to explore many different areas of the sports and entertainment industry and I look forward to continuing on that path,” said Lundqvist.  “At the same time, I am a Ranger at heart, and Madison Square Garden is my home.  I am thrilled to continue my relationship with MSG and the Rangers in this exciting, expanded role.”

“Henrik Lundqvist has been an exemplary representative of the Rangers, both on and off the ice,” said James L. Dolan, Executive Chairman, MSG Sports and Executive Chairman and CEO, MSG Entertainment. “In this newly created role, he will be able to utilize his passion for sports and entertainment, as well as for the city he loves so dearly, to support MSG’s businesses and partnerships. We are confident he will have a great impact on our organizations, our brands and our philanthropic endeavors across New York City.”

Hank has his #30 jersey retired to the rafters of Madison Square Garden on January 28, 2002.