Dryden Hunt placed on waivers by the Rangers on Wednesday 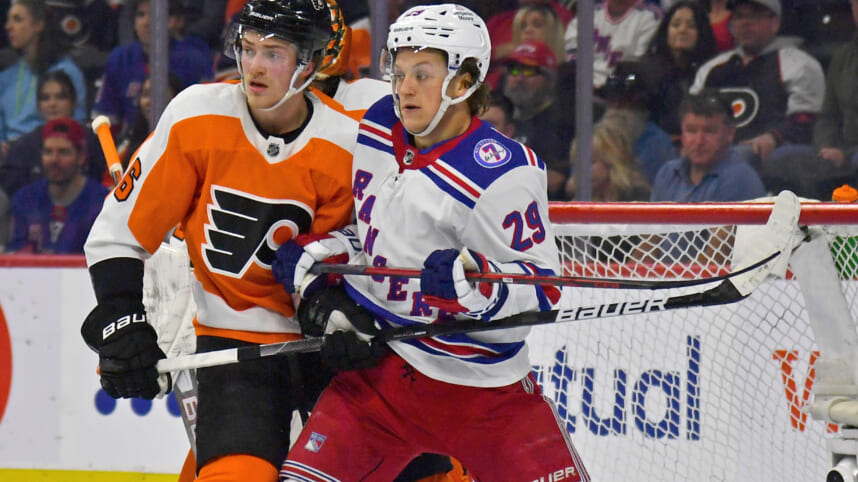 Multiple sources have indicated that the New York Rangers have placed forward Dryden Hunt on waivers. A tight salary cap was most likely the deciding factor in this decision that could cost the Blueshirts a solid player.

The writing has been on the wall for New York Rangers forward Dryden Hunt since training camp began in September.

That wall crumbled to dust on Wednesday afternoon when multiple sources reported that Hunt was placed on waivers. If not for the Sammy Blais injury in the preseason, this move would have happened prior to opening night.

The 26-year-old Hunt played in 76 games for the Rangers last season and recorded six goals with 17 points. He was well-liked within the organization, but the return of Vitali Kravtsov and Sammy Blais, plus the signing of Jimmy Vesey, left nowhere for him to squeeze in on this roster.

The team could have left him on the roster, which would have been 23 players, but the salary cap crunch the organization is trying to manipulate through caused the team to make the tough decision to waive him.

The Rangers will have Hunt’s $762,500 taken off the books, which now will give the team approximately $1 million in cap space. Should the team need to recall a player, this cap space value gives them a little more wiggle room.

This move allows the team to carry 13 forwards, seven defensemen, and two goalies. The forward lines in practice on Wednesday were ;

Kravtsov was the extra forward.

The Ranger’s next game is Thursday night against the San Jose Sharks at MSG, 7 pm.

MSG Networks will be providing viewers with a Spanish-language audio broadcast of the game versus San Jose on Thursday. The additional audio will be available by selecting the SAP setting on the broadcast, marking the first time the network has ever offered a Spanish audio call of an NHL regular season game. The broadcast will feature veteran Spanish broadcaster Octavio Sequera on the call, handling both play-by-play and commentary.