The current battle between the MLBPA, and Owners has as much to do with the impending CBA battle after the 2021 season. 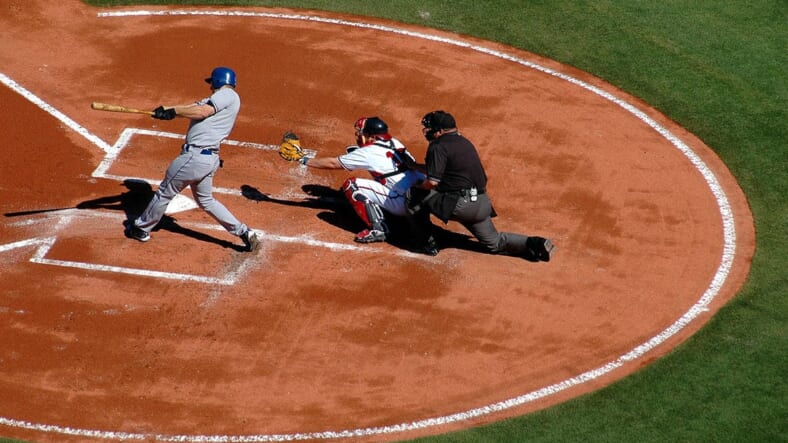 The coronavirus pandemic has flipped sports on its head. The first sport league in America to return to play won’t be the MLB, NHL, NFL, or the NBA, but the women’s MLS. And while positive plans for hockey and basketball fans out there are becoming more, and more public, the fight between the MLBPA, and MLB owners could mean we go 2 years or longer before we see another opening day. And it has little to do with the virus itself.

The Current CBA Expires Next Year

No one in a million years would have foreseen the second to last season in the current MLB Collective Bargaining Agreement involve such vigorous negotiations that we are seeing now. And as baseball is the only professional sport league without a salary cap out of the 4 major sports leagues, many see that the revisions to the deal that was in place when play was suspended in March as steps to baseball joining the other salary cap sports.

If you’re a fan of the National League, and the 2020 universal DH is deemed a “success”, why wouldn’t owners turn to the unusual circumstances surrounding 2020 as proof to ad in the universal DH, period? Many were deriding the proposal to Commissioner Manfred’s expanded playoff format, and now, if the postseason IS NOT suspended due to a second wave of COVID-19, we’ll see an expanded playoff format. And if it works this year, why wouldn’t they push to include it in the new CBA?

And if player’s like Mike Trout and Gerrit Cole agree to make roughly a quarter of what they’d be owed under their current contracts (that’s according to the sliding pay scale proposal from MLB this week), who’s to say that under a new CBA wouldn’t immediately give owners the unilateral authority to bring in these contracts to renegotiate these players salaries? Not to mention, if the pay scale is adopted for 2020 resulting in the payers with the highest salaries get paid the least, why should they bother to show up in 2020 as they are both expecting their firstborn child this year? Rephrase, each separate player is expecting their firstborn child with their respective spouse.

This is an unnecessary and ugly debate. It was already going to be contentious as we saw growing frustration with how free agency had been playing out the last 3 years. It’s also naive to think that we, as the fans, won’t get penalized by rising costs just to go and see our favorite teams play, as they seek to recoup the money they were always going to lose once the pandemic got to where it is today. If nothing can get worked out by June 10th, I don’t see any baseball happening for more than just the 2020 season.