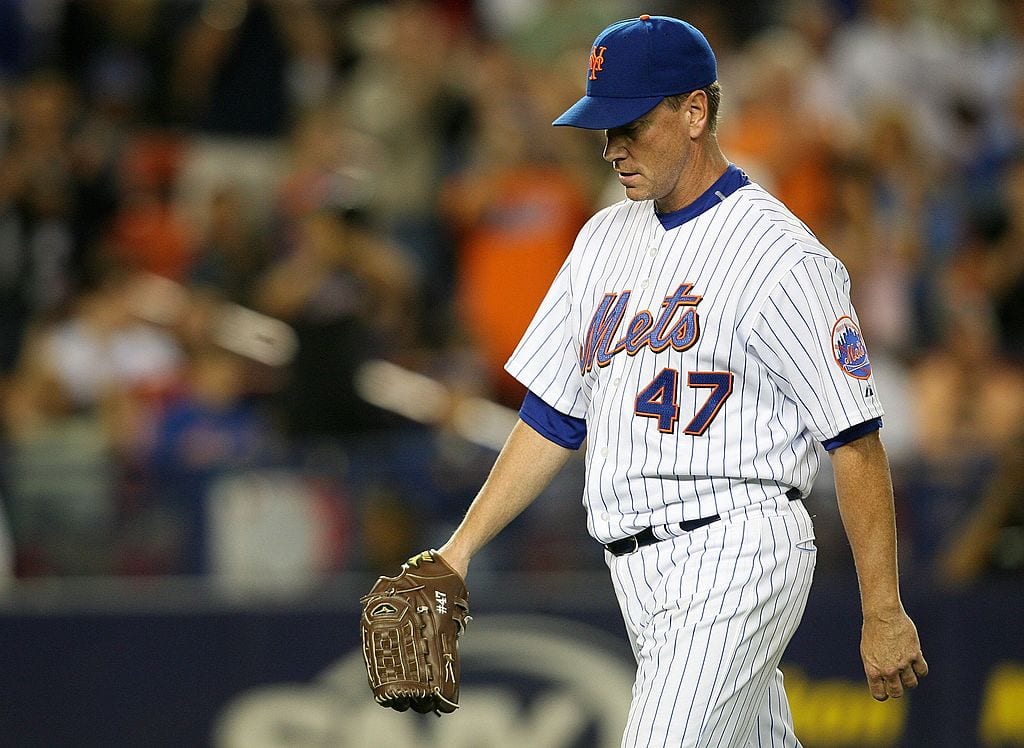 It is hard to think that two hall of fame caliber pitchers goes so overlooked by New York Mets fans. Tom Glavine joins Pedro Martinez as another under-appreciated Met. Most of it has to do with his final start in a Mets uniform. Fans booed him off the mound after he failed to get out of the first inning during the must-win 2007 season finale.

When Glavine arrived to the Mets, he struggled mightily. He was shelled on opening day and never rebounded in 2002. Glavine finished the season with an ERA over 1.5 runs higher than it was the previous season. It was also the first time he did not win at least ten games since 1988.

The 2002 season was an anomaly for Glavine, who was heading into his age-37 season. For the next three seasons, he made the All-Star team in two of them. Glavine had a 3.65 ERA, average 207 innings per season, and did it all while averaging only 5.0 strikeouts per nine innings. In 2006, he only allowed three runs over 16 postseason innings.

That was the lasting memory of Glavine’s career as a Met, unfortunately, is the outing against the Marlins. They overlook him winning his 300th game in a Mets uniform, his complete-game shutout to finish 2005, or his terrific skills as a hitter. Glavine provided stability and consistency the rising Mets needed.

One of a Kind

If Mets fans thought Jason Vargas threw slow, Glavine with the Mets was even slower. Once a pitcher who could get it up in the 90s with the Braves did not have that anymore. He would be lucky to break 85 on the radar gun and would sit in the low 80s range.

After watching his 2006 Opening Day start, it was like watching a different game. He did not get hitters out with wipeout stuff like the aces of today’s game. Glavine had to figure out ways to be successful with what he had left in the tank.

Soft contact was his key to success, and he mastered it. After Rick Peterson emphasized working inside with all of his pitches, he found greatness again. It was the cat and mouse game that made pitching beautiful to watch before a majority of pitchers became flame throwers. Every time Glavine pitched, he displayed why pitching is a delicate art with his precision of a master painter.

Glavine also prided himself on being a complete baseball player. He never landed on the disabled list, even when he required stitches after a 2004 car accident and had a blood clot in his shoulder in 2006. Glavine hit .189 as a Met, is six on the Mets all-time list with 45 sacrifices, and was a terrific baserunner despite running on old legs. He was also a gold glove caliber defender who did not take home any awards in his career due to Greg Maddux’s defensive dominance.

Tom Glavine does not hold any top-10 records with the Mets, but his career deserves more recognition. The Mets did not give Glavine any type of credit when he made it to the hall of fame. He went in as a Brave, but his most significant personal milestone came in a Mets uniform. Glavine excluded when talking about the history of the Mets, and it is a shame because he deserves better.