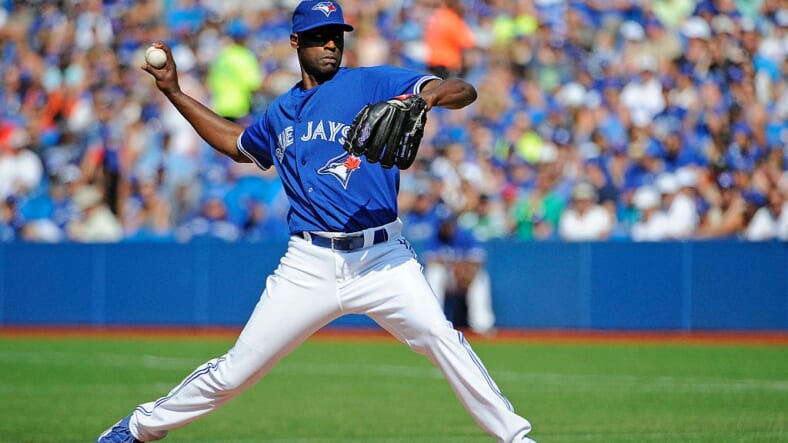 During the 2013 season, the New York Mets were still in the middle of a rebuild. One of the stabilizing forces of the team was their bullpen. LaTroy Hawkins teamed up with Bobby Parnell to make a formidable duo at the end of games.

On This Date 08/02/2013: protecting a 1-run lead in the 8th inning, LaTroy Hawkins made this play to get the needed out and end the inning.#Mets @LaTroyHawkins32 pic.twitter.com/t1HTodhtOl

Hawkins arrived with the Mets for his age-40 season but was not pitching to his age. In the two seasons prior, he pitched in 100 games and had a 2.99 ERA. Despite the two good seasons, the Mets were the only team who offered him anything. He signed a minor-league deal with a chance to make the team in the Spring. Hawkins was as consistent as the Mets could have predicted. He had a 2.93 ERA and pitched in over 70 for the first time since the 2004 season.

Bobby Parnell was shut down at the end of July when he was putting together a stellar season. Hawkins stepped right into the closer role and excelled. From when he recorded his first save, he was 12-for-13 in save opportunities, with a 2.82 ERA in 23 games. Most impressively is that he only walked one batter in that span.

Patrick Mahomes' godfather is LaTroy Hawkins, the man who, while with the Mets in 2013, taught Jeurys Familia the quick pitch…….. pic.twitter.com/tVxp1Lmtt7

Hawkins also taught Jeurys Familia the quick pitch. It helped add to Familia’s deception, and he also worked with Hansel Robles as well, before he came to the big leagues. Unfortunately, Familia’s quick pitch is synonymous with his World Series home run to Alex Gordon, and Robles’ almost led to a fight with the Phillies.

Overall, Hawkins was what the Mets needed out of a veteran. He embraced his role and enjoyed working with the younger players. Hawkins’ influence years after he left the team shows the strength of his presence. Hawkins went on to play two more seasons before retiring in 2015, where he even pitched in the postseason with the Blue Jays.

Hawkins has spent time broadcasting and working with the Minnesota Twins as a special assistant since his retirement.