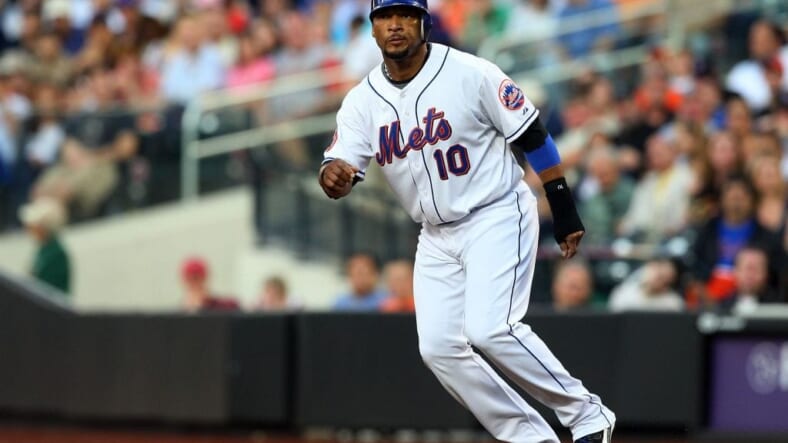 NEW YORK – JUNE 27: Gary Sheffield #10 of the New York Mets leads off first base against the New York Yankees on June 27, 2009 at Citi Field in the Flushing neighborhood of the Queens borough of New York City. (Photo by Jim McIsaac/Getty Images)

Over Gary Sheffield‘s legendary career, he played with eight different teams in 22 years. His stint with the New York Mets over the final year of his career is one often forgotten. You will have to go deep in the YouTube archives to find any Sheffield highlights that do not involve his 500th home run.

The Tigers released him one the last day of March in 2009. He only hit .178 in 18 spring training games and was coming off an injury-plagued season. At age-40, the opinion from the Tigers front office had been that he was not versatile enough, and his playing days were over after hitting for his lowest average since 1991 in the previous season.

Sheffield already had interest from the defending champion Phillies, but the Mets brought him in less than a week later. They needed a right-handed bat with power, and Sheffield still yearned for his 500th home run. It was the first time Sheffield played in the National League since 2003, and he had not been a full-time outfielder since 2006.

Sheffield struggled through his first 26 games, mostly due to him starting only ten of them. He only hit .178 but had a .351 on-base percentage. Once he saw consistent playing time, the classic Sheffield offense began to return. He hit .315/.399/.521 with nine home runs, 23 RBI, and even mixed in two stolen bases.

He seemed like a prime trade deadline candidate for the struggling Mets, but a leg injury kept him out for two weeks. When Sheffield returned in August, his All-Star level production faded away. He only hit .241 with no home runs.

Sheffield still felt he could produce in the 2010 season and asked for a contract extension from the Mets. When they denied him, he sat out a game in protest. The Mets were looking to unload veteran talent at the beginning of their long rebuilding period.

Sheffield did not play in 2010 and retired during the 2011 spring training when he did not receive any offers. It seemed like he was going to have a future past 2010, but unfortunately, injuries and age caught up with him.