Transparency is the key to negotiations between Mets and Jacob deGrom 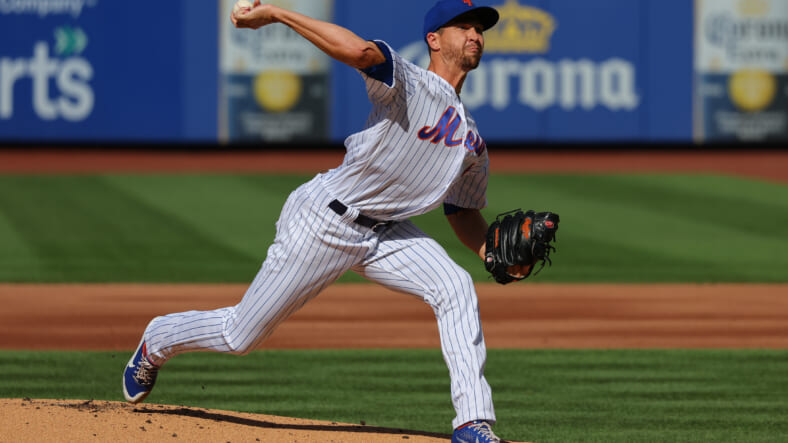 The New York Mets would love to retain star pitcher Jacob deGrom. And how could they not? He has given the team 209 starts and 1326 innings of a 2.52 ERA, plus two Cy Young awards and a World Series appearance.

He elected to opt out of his contract, and is now a free agent after posting a 3.08 ERA (2.13 FIP) in 64.1 frames this year. He missed the first half and then some with a shoulder issue, but finished the season in one piece and is looking for a multi-year deal well above $35 million per season.

Mets general manager Billy Eppler told the media at the GM Meetings in Las Vegas on Tuesday that the team and the star pitcher have already had talks about him returning to New York.

The Mets and the star pitcher have made a pact

The executive explained, according to SNY, that the two sides have made a “pact” that they will be in constant contact this offseason.

The Mets’ GM evidently wants deGrom’s camp to keep him up to date about the top offers he receives in the open market. The Atlanta Braves and the Texas Rangers are seen as the biggest threats to pry away deGrom, but even the Baltimore Orioles made some buzz at one point, too.

This is what the Rangers’ general manager Chris Young said about his team needs: “[Starting pitching] is our No. 1 priority,” Young said. “We recognize the limitations we had especially in the starting rotation last year. We’re going to allocate the majority of our resources towards pitching this year.”

Lots of teams will be interested in the best pitcher on the planet when healthy.