The Nationals see Mets as potential trade target for Soto: can New York pull off a deal? 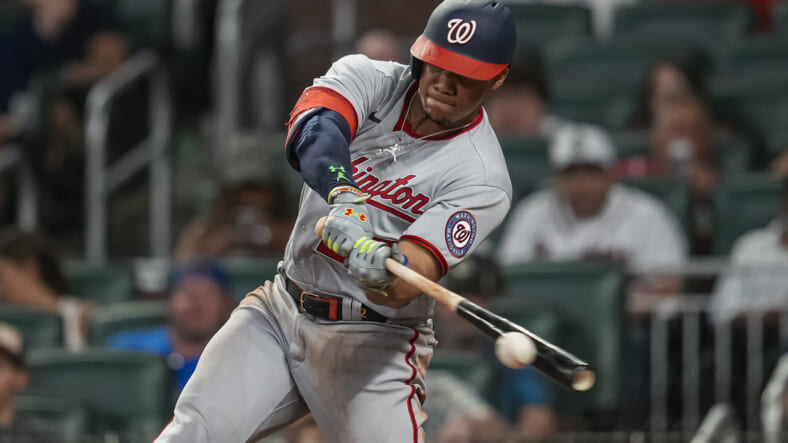 Over the weekend, the Washington Nationals offered star outfielder Juan Soto a mammoth 15-year, $440 million contract that would be the largest in baseball if we only consider the total amount of money. The player and his camp rejected it. It’s the second advance by the Nats, who play in the same division than the New York Mets. The first one came months ago and it was a 13-year, $350 million proposal that was obviously rejected, too.

Soto is said to be seeking something around $500 million and with a much, much higher AAV (average annual value). While the proposed $440 million deal is large, the AAV would be $29.3 million, extremely low for a player with Soto’s age (23), accomplishments, and potential.

Do the Mets have what it takes to pry him away from the Nationals? Let’s start by saying it would be shocking to see Washington dealing him into the same division to face him 19 times per year. It would be really surprising.

But baseball is full of surprises, so we can’t rule out the possibility. Soto’s contract wouldn’t be a problem for the Mets: they have a wealthy, hungry owner who wants the best players in the league.

Do the Mets have what it takes to lure the Nats into trading Soto?

The player package is where things could get tricky regarding a hypothetical transaction between the two franchises. Andy Martino of SNY.tv reported that Washington views the Mets as a potential trade partner.

With that being the case, the Nats would aim at the Mets’ top three prospects “and more”: catcher Francisco Alvarez (MLB Pipeline’s No. 2 overall prospect), third baseman/outfielder Brett Baty (No. 20 overall) and infielder Mark Vientos are in Washington’s radar.

One would think the Nationals would want at least a couple of MLB-ready players. The Mets do have JD Davis, Dom Smith, Luis Guillorme, Khalil Lee, David Peterson, Tylor Megill, Sean Reed-Foley, Drew Smith, and others, but in a trade for Soto, one would think only a few of them would pique their interest. Peterson would definitely be one of them.

In the end, the Mets have every reason to at least inquire about the star: even if he doesn’t sign for the long-term (and if there is a team with chances of locking him up, it’s New York), two and a half years of Soto would be worth the package.