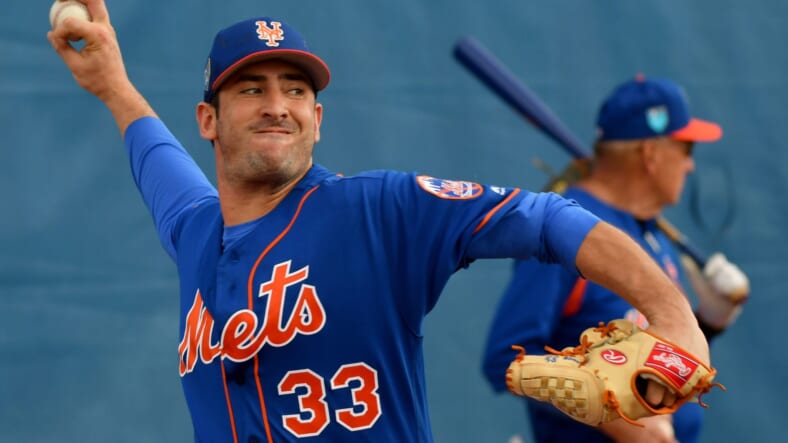 The rise and fall of Matt Harvey’s career is similar to the likes of Dwight Gooden. After coming up as a prized prospect, groomed to be what Jacob deGrom is now, the New York Mets got rid of him unceremoniously due to injuries derailing his career.

Matt Harvey on the mound.

With Noah Syndergaard out for the entire 2020 season, along with part of 2021, their pitching depth will have their work cut out. There have been no rumors surrounding the Mets bringing back the former “Dark Knight,” but he certainly has to be on their radar. After a successful rookie campaign in 2012, Harvey was on track to was Cy Young award in 2013 before he had to get Tommy John Surgery.

He missed all of 2014 but returned in 2015 to help lead the Mets to the World Series. 2016 was Harvey’s first of many rough seasons. He had a 4.86 ERA and needed thoracic outlet surgery and has never been the same since. Harvey’s ERA hovered around seven for his final two seasons as a Met and went to the Reds for Devin Mesoraco.

Harvey is now 30-years old and only got worse in 2019. His ERA was once again over seven and even struggled to get hitters out in the minor leagues. If the Mets gave Harvey a shot, the terms of the contract should be no higher than the veteran minimum on a minor league contract. Should he resurrect his career, it would be a fantastic comeback story, but there are at least 100 better options on the open market than Harvey.

If Harvey is willing to retool in the minors, then there is no harm in the contract. The agreement between both parties should be to find a version of Harvey than can be serviceable at the big league level. Matt Harvey of 2012-2015 is long gone, and we will never see him put up those numbers again. The organization and Harvey are familiar with each other, which should be a more comfortable place for him to pitch and work his way back.