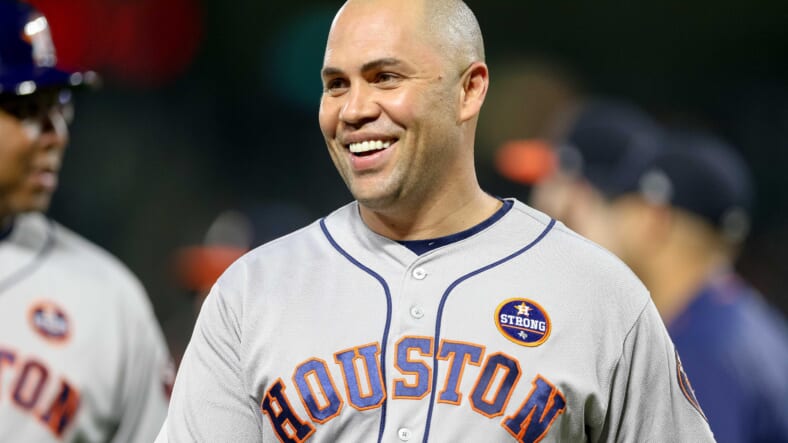 The New England Patriots, Boston Red Sox, and Houston Astros are the respective heel characters in their sports because of their tainted success. Whether anyone agrees with their methods, they achieved things many teams fall short of year after year. After A.J. Hinch and Alex Cora lost their jobs due to the cheating scandal, firing Carlos Beltran will do more harm than good for the New York Mets future.

I thought it was sort of ridiculous to name him in the report at all. Should’ve named all players or none.

Beltran was a player during the time of the incident, and if we are going to throw him in with the coaches, then the other players should be dragged in as well. The penalties on the Astros were weak, and as a long-suffering Mets fan, I would gladly take the penalties to get a World Series ring. My opinion would easily differ if my job was on the line.

I would like to hear the excuse for the Astros playing better on the road during the 2017 season, but that is another topic for a much longer article.

Give Beltran a Chance

What the Astros did was cheating. Beltran gets dragged into the whole mess because he was the veteran of the team who was in the year of his career. It was not his responsibility to stop the sign stealing. His duty is equal with the other 24 men who he played with. If Beltran received a penalty, every hitter who spent time on the Astros roster in 2017 deserves a suspension.

No players were disciplined by Major League Baseball in the Astros' investigation. While Mets manager Carlos Beltran was part of it, he was a player at the time and thus was not suspended.

Discipline for Red Sox manager Alex Cora is coming. It is going to be harsh, per sources.

Beltran is still a brilliant baseball mind, and his actions as a player should not equal his actions as a manager. The Mets should try to gain every legal advantage they can because clearly what they have done for the last 30 years has not resulted in any resounding success.

Many detractors of Beltran say it will be a massive distraction with the media if he stays. It will only be a distraction if the Mets allow it to be. Beltran and the Mets organization does not need to answer any question they feel is not relevant to the Mets. We have seen the Wilpons and the organization control the media narrative multiple times throughout the years, so why can’t they do it again?

While everything is still fresh with both the Astros and Red Sox investigations, the best the Mets can do is lay low and continue to handle themselves the way they have been. If the Mets want to create a distraction and media circus, they easily can. Keeping Beltran and allowing him to create his legacy as a manager will be the easiest way to bury any doubts about him.