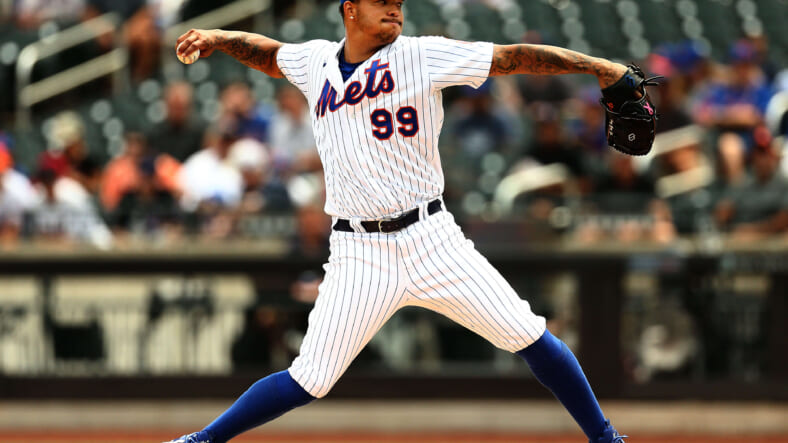 Absolutely nothing has come easy for the New York Mets over the last two weeks against the San Francisco Giants and Los Angeles Dodgers. When things finally did for them, manager Luis Rojas found a way to complicate things once again. The Mets offense also continued their season-long woes by hitting five double plays in the 3-2 loss.

Taijuan Walker cruised through the first six innings of the game, allowing just one hit and run on a Kris Bryant home run. After the Mets gave Walker a lead for the seventh, an error and bloop single set up runners at first and second. Despite having 74 pitches and showing no signs of fatigue, Rojas turned to Aaron Loup, and it backfired instantly. Brandon Crawford jumped all over the first pitch for a double and gave the Giants a 3-2 lead.

The issue is not who Rojas turned to but when he turned to Loup. Walker felt like this was his game to lose and certainly pitched well enough to deserve the opportunity to work out of the mess. This season, Loup has been the Mets’ best reliever, and the move is probably overlooked if he does not have a rare rough outing. He was the right reliever to turn to, but it was definitely the wrong time to pull Walker. The aftermath was visible frustration from Walker on the mound and in the dugout along with “Fire Rojas”.

The Mets had some life in a very bizarre ninth inning, including Brandon Belt dropping a pop-up in foul territory and the Giants’ miscommunication in the outfield leading to a dropped fly ball. It led to runners on first and second with Francisco Lindor at the plate, but he popped up for the second out of the inning. Brandon Nimmo worked a gutsy walk to set up a bases-loaded situation for Pete Alonso. Unfortunately, the disappointment continued as Alonso blooped a fastball into Tommy La Stella‘s glove to end the game.

The offense actually had two hits in seven chances with runners in scoring position, but the five double plays killed the Mets scoring chances. Rojas decision was the exact type of panic move we saw him make last season and the Mickey Callaway regime make as well. This has to be the nail in the coffin for anyone who had hope in the Mets making a run. It would not be surprising if Rojas also lost his job before this weekend’s series.

Carlos Carrasco looks to build on his solid start against the Dodgers as he faces off against Alex Wood. The first pitch for Thursday’s finale is set for 7:10 p.m. ET from Citi Field.