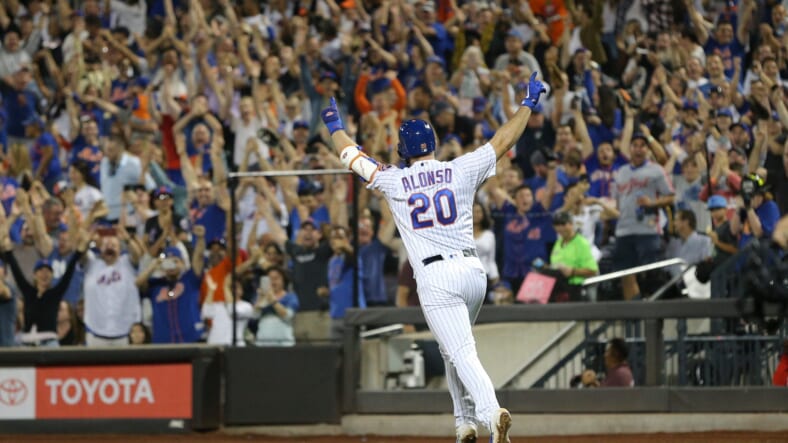 New York Metsâ€™ slugger Pete Alonso put on a show on Monday night and won his second consecutive Home Run Derby after his triumph in 2019 (there wasnâ€™t one in 2020 because of the pandemic).

The Mets first baseman defeated Baltimore Oriolesâ€™ slugger Trey Mancini and successfully defended his 2019 title. Only Ken Griffey Jr. (1998-99) and Yoenis CÃ©spedes (2013-14) have been able to win the Derby in back to back years.

â€œI think Iâ€™m the best power hitter on the planet,â€ Alonso said to MLB.com. â€œBeing able to showcase that and really put on a fun display for fans, itâ€™s truly a dream come true for me. When I was younger, my parents actually let me stay up past my bedtime to watch this.â€

The Metsâ€™ infielder has 17 homers in the season, which earned him the fifth seed among the eight contestants. But he bopped a whopping 35 home runs in the first round, the highest number in a round in the night, easily topping Salvador Perezâ€™s 28.

â€œThere was no point where I thought I was going to lose. Ever,â€ Alonso said. â€œWhen the seedings came out, teammates came up to me and said, â€˜Thatâ€™s disrespectful. Youâ€™re defending your title; what guy thatâ€™s defending their title is a fifth seed? Nobody. Arenâ€™t you pissed about that?â€™ I said, â€˜No. Iâ€™m going to win anyway. It doesnâ€™t matter.â€™â€

And he won. His title was never in doubt, and he hit home run after home run. For stretches, he didnâ€™t miss a pitch. It was truly impressive.

Mets fans and baseball observers watched in awe how Alonso belted a 512-feet and a 514-feet dinger.

Alonso defeated Juan Soto, who eliminated Shohei Ohtani in spectacular fashion, in the second round, before dispatching Mancini in the finals.