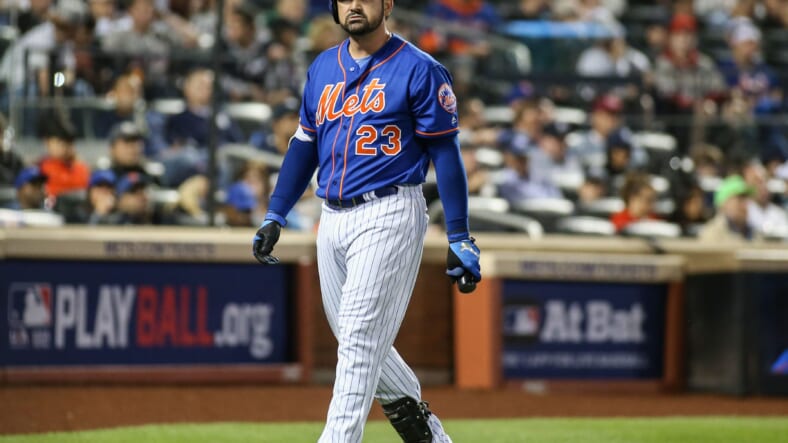 Adrian Gonzalez is the third New York Met from 2018 who joined the team while on their last legs. He started as the Opening Day first baseman but did not even make it to the All-Star break with the Mets.

Gonzalez was traded to the Atlanta Braves following the 2017 season after injuries, and Cody Bellinger took his first base job with the Los Angeles Dodgers. After his release from the Braves, he signed with the Mets on a one-year deal. At 36-years old, he was past his prime, but the Mets were hoping to find some success with his bat.

The back injuries were catching up to Gonzalez. His power numbers dipped as his slugging percentage dipped over 100 points from 2015 through 2017. The batting average and on-base percentage fell with it as teams stopped viewing Gonzalez as a threat.

In typical Mets fashion, they could not squeeze another good year out of an aging veteran past his prime. Gonzalez never officially retired, but at 38, his career is done. It was a terrific career with 317 homers, five All-Star appearances, and a trophy case full of awards.