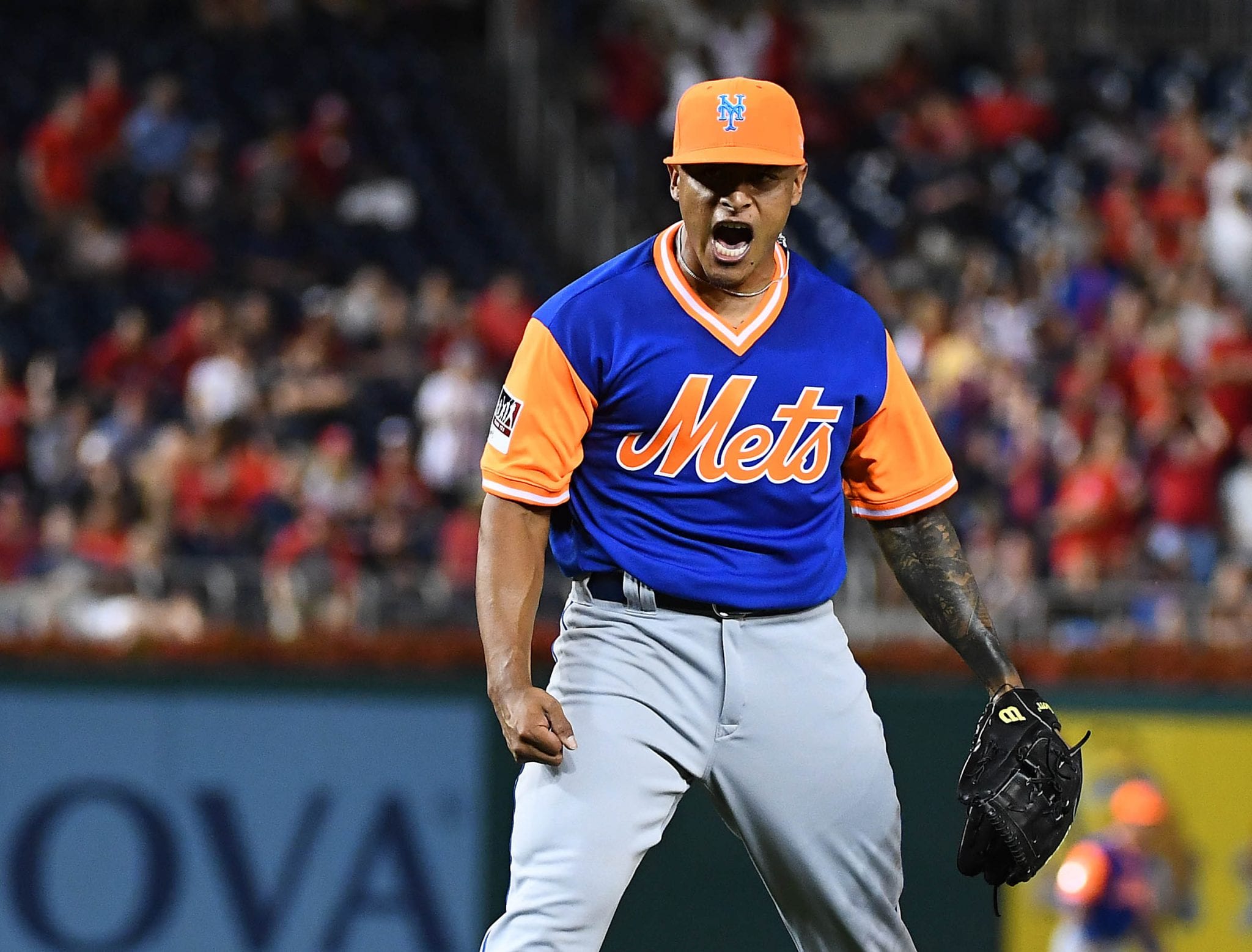 A.J. Ramos came to the New York Mets in 2017 poised to become part of a bullpen that, on paper, was one of the best in the National League. Unfortunately, he never pitched anywhere near his Miami Marlins version and has not pitched in the big leagues since.

A huge strikeout for AJ Ramos of Rhys Hoskins with 2 runners on base and the game tied 0-0 on a 90 MPH cutter.#Mets pic.twitter.com/P065y78uxR

Ramos came to the Mets during the 2017 trade deadline for Ricardo Cespedes and Merandy Gonzalez. The Mets made this trade looking towards the 2018 season and bolstering their beleaguered bullpen. In the previous season, he was an All-Star, had a 2.81 ERA and a career-high 40 saves.

Ramos had four pitches, which he threw at any moment. His best pitch was his wipeout slider, but he struggled with his control throughout his career. When Ramos came to the Mets, his ERA was 3.63 and had 20 saves on the season. He struggled during his first season, allowing ten runs with a 1.63 WHIP in 19 innings.

They still went into the 2018 season with high expectations for Ramos. He met them early and often with nine scoreless innings to start the season. While he only allowed one hit, the six walks in the 6.1 innings showed the production was not sustainable. Things went downhill over the next 19 outings, pitching to a 9.45 ERA over 13.1 innings.

Ramos eventually needed season-ending shoulder surgery and did not even make it out of May. He was known for his bright personality throughout the clubhouse, but that quickly left as the surgery kept him away for the entire season.

News on Ramos is near impossible to find, and he has not thrown a pitch in professional baseball since the surgery. A pitcher of has past caliber usually receives another shot, but no team has even given him a Spring Training invite over the last two seasons. Only 33, it seems crazy, but he is another Met from the 2018 season to never play again after the season.