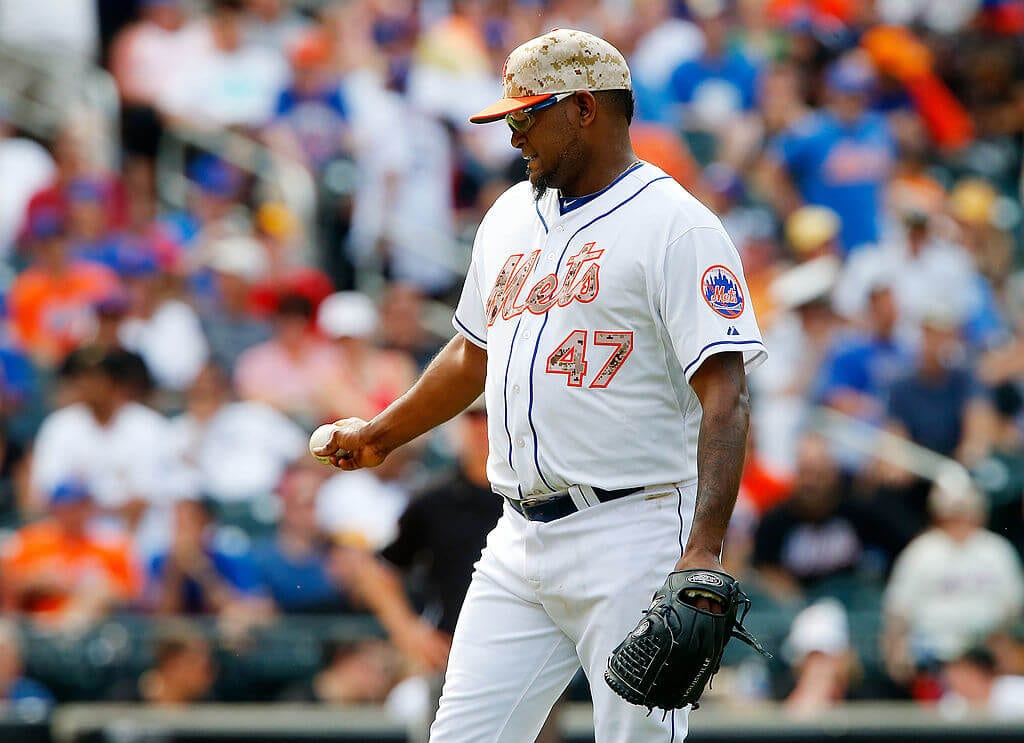 The three-time All-Star, Jose Valverde, found his way to the New York Mets in hopes of squeezing another year out of his career. Papa Grande was just two seasons removed from his last 30-save season but was looking to bounce back from a sub-par 2013.

Valverde signed with the Mets heading into the 2014 season after his best years came with the Detroit Tigers. The contract initially was for Valverde to pitch in the minors, but his Spring Training was enough for him to earn a spot in the Mets bullpen.

Back in the Ninth Inning

Bobby Parnell was supposed to be the closer but injured himself during the first series of the season. The Mets had to pick between experienced arms in Valverde and Kyle Farnsworth or a young upstart Jeurys Familia. They opted to use Valverde, and his 286 saves to replace Parnell.

Things started smoothly for him as he pitched five scoreless outings and was 2-for-2 in save opportunities to start the season. Both saves can are on YouTube, and unfortunately were Valverde’s only highlights with the Mets.

The Mets were asking a lot out of a 36-year old reliever who was declining in the previous two seasons. His renaissance came to an end quickly through his final month and a half in the big leagues. In his next 16 outings, Valverde had a 7.63 ERA and lost his closer position before April even ended. The Mets finally released Valverde after four-run outing against the Pirates, costing Jacob deGrom a victory.

Despite no longer possessing the same dominance, the Papa Grande energy remained. His velocity did not see too much of a spike, but his forkball was no longer the dominant go-to pitch it once was. The silver lining from his time with the Mets is that his release allowed two young pitchers to shine. Familia became a key set-up man, and Jenrry Mejia became a closer the Mets thought they could depend on in the future.

Since 2015, Valverde bounced around the minors then drifted into the Mexican League in 2019. At 41-years old, he posted an ERA over six and was released halfway through the season. Valverde has not announced his retirement yet, but his MLB career is long over.